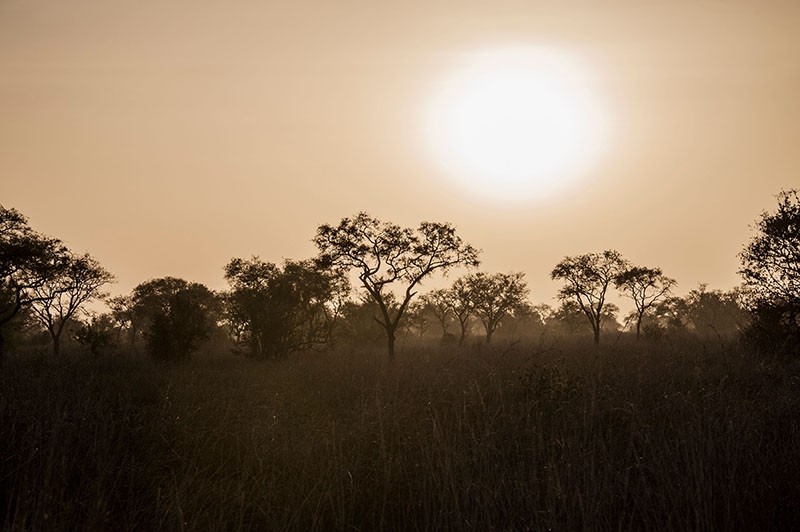 A picture taken on January 10, 2018 shows a general view of the landscape in late afternoon in Pendjari National Park, near Tanguieta, Benin. (AFP Photo)
by Associated Press Jan 19, 2018 12:00 am

First, there was outrage in Africa at President Donald Trump's vulgar comment about the continent. Now some governments and tourism operators are humorously exploiting it to promote Africa's many attractions.

Trump referred to African nations as "shithole countries" last week during a meeting in Washington, according to several participants. The president denied using that language.

The Gondwana Collection, a private tourism operator in Namibia, has released a video featuring the southern African nation's wildlife and natural beauty. A narrator mimicking Trump's voice and repeating his remark invites people to visit "Africa's No. 1" such country. He also reminds listeners of an earlier gaffe when Trump met African leaders and referred to a country called "Nambia," which doesn't exist.

"You can fight the negative with the negative, or you can give some pushback with the tongue-in-cheek approach," Gys Joubert, Gondwana Collection's managing director, told The Associated Press. "We like the fun side of life. We are glad that we could create and share and send a few smiles around the world."

"Where beautiful vistas and breathtaking wildlife are our trump card!" says an accompanying post. It says it does not represent "the opinions of the official Zambia Tourism Agency, but that of an independent marketing site."

Botswana's government, which also relies heavily on wildlife tourism, has posted images on Twitter of elephants and other animals drinking in the wild of what it calls a "waterhole country."

Botswana last week summoned the U.S. ambassador to clarify whether the country really was held in such poor regard after years of good relations with the United States.

Africa was the world's second-fastest growing region in tourist arrivals in the first 10 months of 2017, according to the United Nations World Tourism Organization.