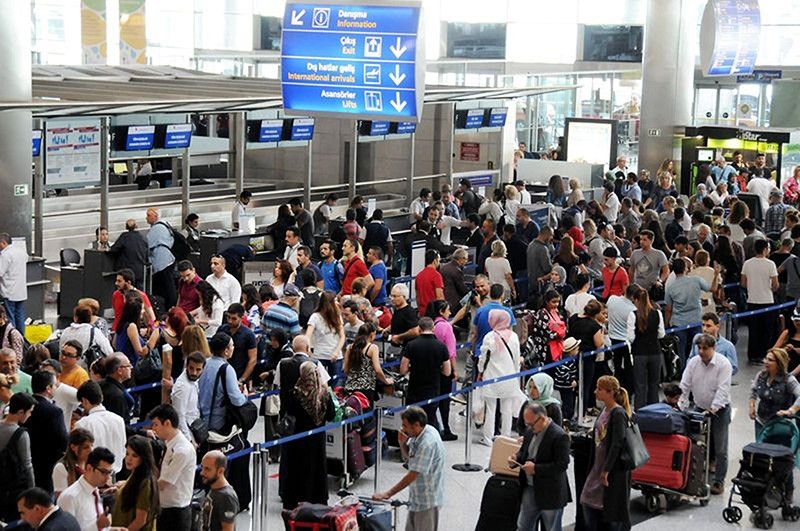 "The total number of passengers going through Turkish airports surged by 28.5 percent in January, compared to the same month in the previous year," Ahmet Arslan told Anadolu Agency.

The number of international passengers jumped 29.4 percent year-on-year to reach nearly 5.15 million in the month, while around 9.6 million people took domestic flights, up almost 28.2 percent during the same period, he stressed.

The total amount of air cargo in January also surged 27.7 percent to reach over 260,000 tons, he highlighted.

He said: "Istanbul's Atatürk and Sabiha Gökçen and Ankara's Esenboğa airports contributed the most to the increase in the number of passengers in January."

He underlined that the number of passengers passing through Atatürk, Sabiha Gökçen, and Esenboğa airports rose 30 percent, 26 percent, and 48 percent, respectively, year-on-year in January.

These three airports served over 9.5 million passengers during the month, he added.

In 2017, 193 million passengers passed through Turkish airports on 1.5 million planes.