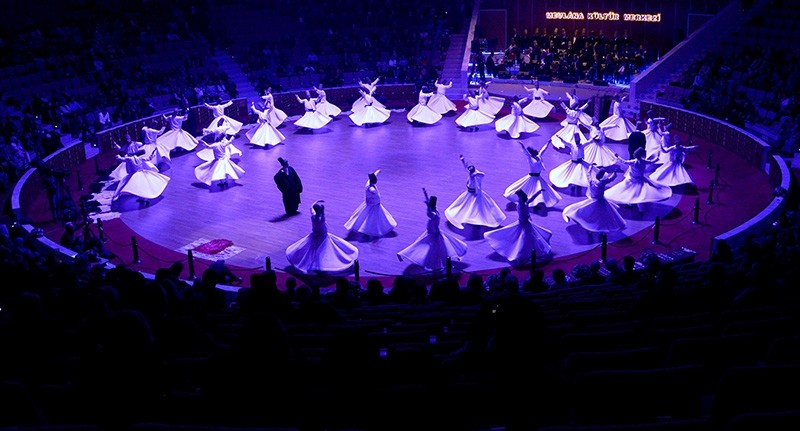 The spiritual prayer form, a method of connecting with the divine, is the legacy of Mevlana Jalalad-Din Rumi, the 13th century poet, scholar and Sufi mystic well known in the Western world simply as Rumi.

The Konya municipality organizes educational programs around the year, along with weekly Sama ceremonies held every Saturday at the Mevlana Cultural Center, Akyürek added.

Masnavi courses, instructing on the spiritual works of Rumi, are offered in Turkish and English before the Saturday ceremonies each week.

Rumi's Masnavi poem, with its more than 50,000 verses, is considered the most influential work in Sufi Islam and has been translated into 25 languages. He composed his works in Konya, where he died and was buried in 1273 A.D.

After Rumi's death, his followers founded the Mevlevi Order within Sufi Islam.

Every year, an international commemoration ceremony marking the anniversary of Rumi's union with Allah, known as "Şeb-i Arus," or the night of union, is held in Konya between December 7-17 as a reverence to the Muslim scholar.