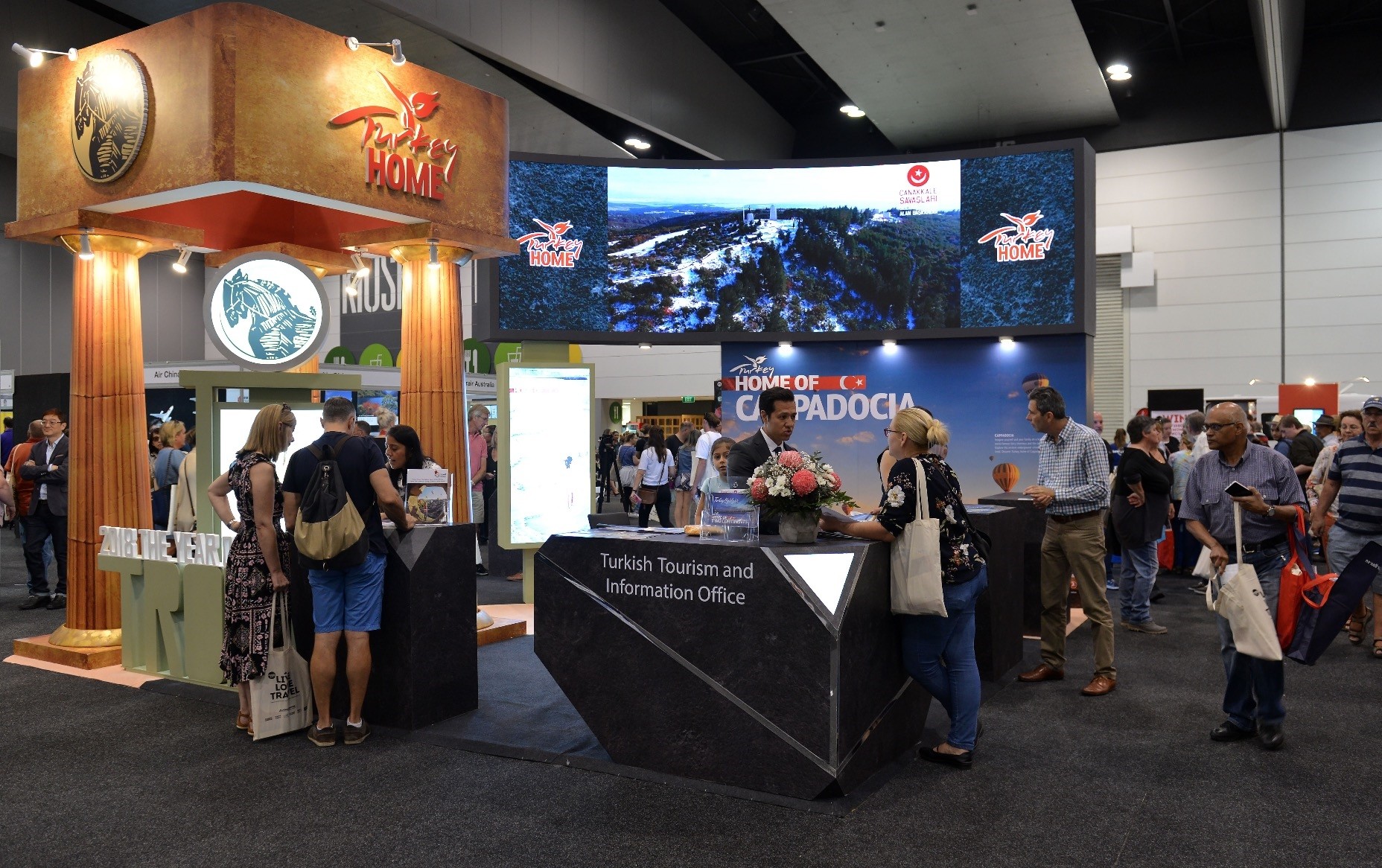 Turkish booths at the World Travel Expo in Sydney and Melbourne, Australia have attracted a lot of attention from visitors. The event at the Sydney Olympic Park was held Feb. 10 to 11 while the expo at the Melbourne Convention and Exhibition Centre took place between Feb. 17 and 18. Turkey was represented by the Ministry of Culture and Tourism with the theme of "2018 Year of Troia." The booths featured images of Turkey's historical and tourist attractions while distributing brochures and providing information about the country. A Turkish delegation, headed by Çanakkale Governor Orhan Tavlı, was in Australia to attend the fairs.

The Gallipoli Historic Area Chairman İsmail Kaşdemir, one of the members of the delegation, told Anadolu Agency (AA) that they held talks with representatives from both countries.

"Visitors at the fair were very interested in Turkey and many said they would like to travel, especially to Çanakkale and Gallipoli. We said we would be greatly pleased to host them," Kaşdemir said.

Reminding that 2018 has been declared as the "Year of Troia" by President Recep Tayyip Erdoğan, Kaşdemir invited everyone to see the 5,000-year-old city of Troia. "Troia is a well-known place, but very few people know that it is in Turkey. We were very sad when many of them asked whether it was in Greece. We need to promote our tourist attractions more," he said.

Derya Bartlı Phillips, who represented a private travel agency at the Turkish booth, said they received reservations soon after the fair. "We are expecting great dynamism in Australia this year in terms of tourism and cultural tours," she said.

In January, the Turkish government declared 2018 the "Year of Troy" in honor of the 20th anniversary of the ancient city's recognition as a UNESCO World Heritage site and has taken some actions to promote the city. The new Museum of Troy in Turkey's western Çanakkale province is expected to draw 1 million tourists in its inaugural year, including several Hollywood celebrities who were invited by the Turkish government.

The 10,000-square-meter museum which cost TL 50 million ($13.2 million) will showcase archeological findings of the ancient city, as well as 24 gold pieces known as the treasures of Helen of Troy, which were returned to Turkey from the United States after 125 years.