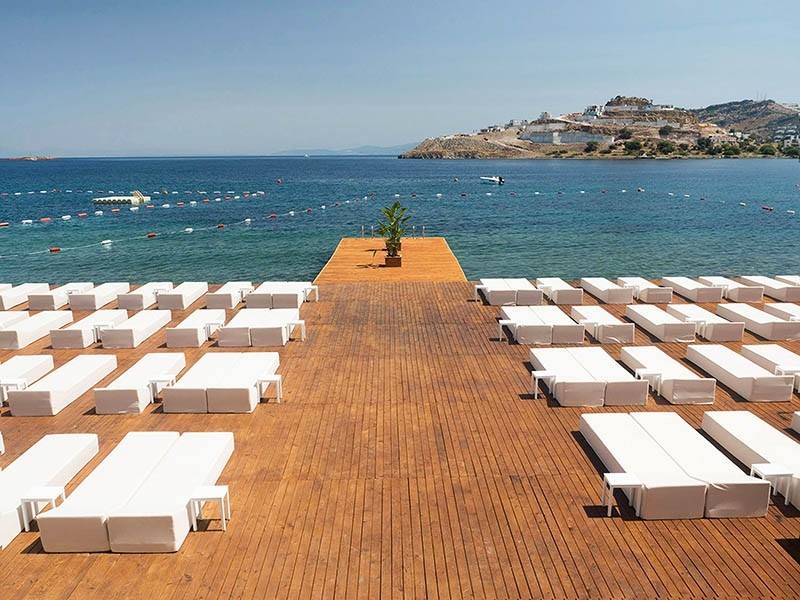 Turkey's western Bodrum province is now a destination for flights from Ukraine. (Sabah File Photo)
by Daily Sabah with AA Apr 04, 2018 12:00 am

The aviation authorities of Ukraine and Turkey signed a deal Wednesday to increase the number of flights to and from both countries and add new destinations.

The weekly flights between Istanbul and Odessa have been doubled to 28, according to a statement from Turkey's General Directorate of Civil Aviation.

Both sides also agreed on including Aegean province of Izmir, Marmara region of the northwestern Bursa, holiday resorts Bodrum and Dalaman as new destinations in Turkey.

Ukrainian and Turkish citizens do not need visas to visit each others' countries, thanks to an agreement signed in March 2017. Over 1 million Ukrainian tourists visit Turkey every year, with seaside resorts serving as a major draw.