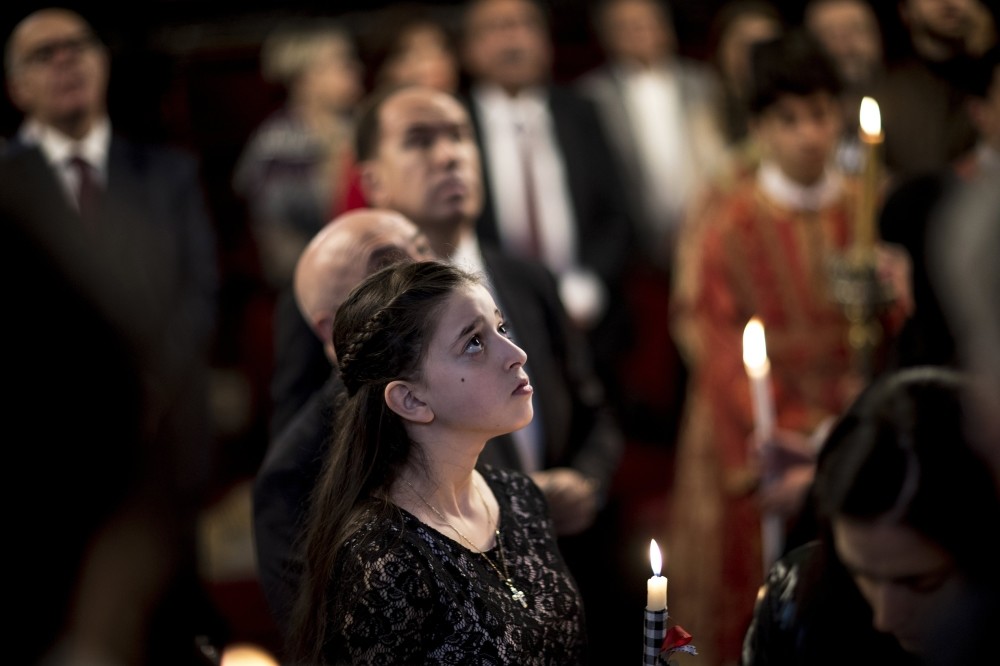 Orthodox Easter has caused a boom in the number of tourists coming to Istanbul. Tourists coming from the Balkan countries, especially Bulgaria, by hundreds of buses made use of this four-day Easter holiday and filled the hotels in Laleli and Sultanahmet. Bulgarian St. Stephen Church, also known as Bulgarian Iron Church, which was restored by the Istanbul Metropolitan Municipality in Balat, was also the driving force behind this influx of tourists. Hotels in Sultanahmet and Laleli reached 100 percent capacity.

According to the Turkish daily Milliyet, Bulgarians, who started to come to Istanbul by buses on Thursday, visited historical places such as Topkapı and Dolmabahçe Palace and Hagia Sophia and set out for a Bosporus tour before Easter. Tourists who showed great interest in the shopping centers pleased tradesmen by purchasing clothes, perfume, baklava, Turkish delights and natural soap because of the change in the exchange rates. Bulgarians who went to the Iron Church on Saturday evening and Sunday, later headed toward Emirgan Park to enjoy the tulip festival in Istanbul.

Officials stated that 100 percent occupancy rate was reached in the hotels in the region, adding that the occupancy rate in the hotels rose from 48.2 percent to 65.1 percent compared to last year in Istanbul and that they expect the rising trend to continue. Erdinç Karakuş, a hotel worker in Laleli, said their hotel with 65 rooms and the nearby 4,000 to 5,000 rooms were reserved by tourists from Bulgaria.

Vasil Liaze, the board member of the Bulgarian Orthodox Church Foundation, said 50,000 people have visited the Iron Church so far, which was opened in January. Noting that about 30,000 of those who visited the church are Turks, Liaze said around 20,000 foreign tourists, mostly Bulgarians, came to see the Iron Church. The number of tourists visiting Turkey rose from 1.6 million to 1.8 million in 2017 compared to the previous year. The number of Bulgarian tourists is expected to increase by 20 percent this year.

Bulgarian St. Stephen Church became a frequent destination for Bulgarians as well as official delegations in Istanbul. These delegations are specifically directed by the municipality and government authorities to the Iron Church. Recently, Macedonian President Gjorge Ivanov and Beirut Mayor Cemal Itani also visited the church. In addition, at least 10 to 15 local groups arrange cultural tours to the church with a guide.