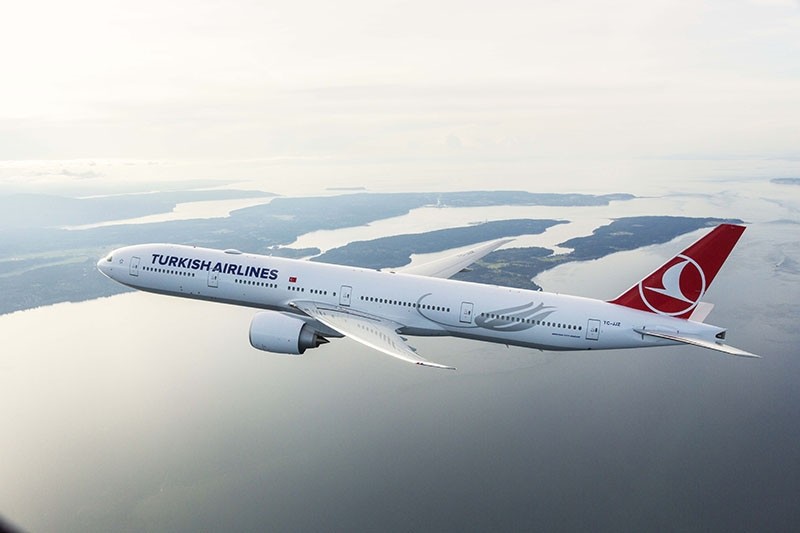 The national flag carrier Turkish Airlines (THY) saw a 28.5 percent increase in the total number of passengers it carried in the first quarter of this year compared to the same period last year, the airline said late Tuesday.

The airline carried 16.7 million passengers in the first three months of this year, it said in a statement to the Public Disclosure Platform (KAP).

The number of passengers carried on domestic and international flights surged 31.3 percent and 26.2 percent, respectively.

Over the same period, the airline's passenger load factor, or seat occupancy, reached the highest level in its history for the first quarter, up 6.5 percentage points to 80.5 percent.

"International load factor increased by 7 points up to 80 percent, domestic load factor went up by approximately 4 points to 85 percent [between January and March]."

The company said the figures for increase in passengers carried last month in its North America, domestic, Europe and Africa lines were 28.8 percent, 26.9 percent, 24.5 percent and 24.8 percent, respectively.