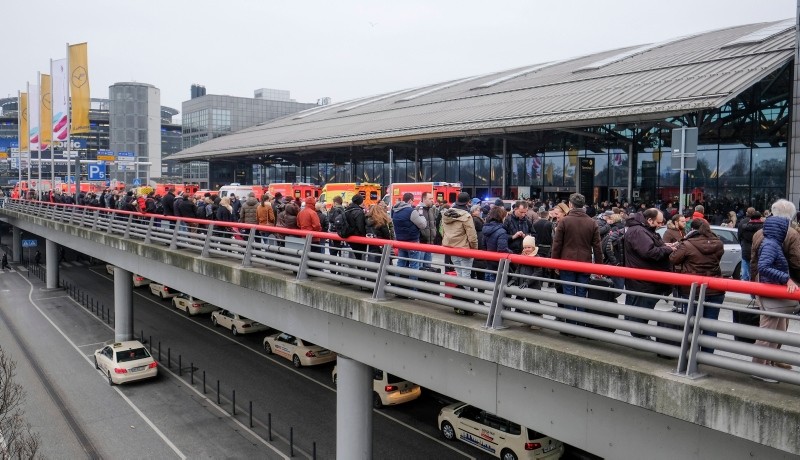 A sudden power failure crippled Hamburg Airport on Sunday, forcing the cancellation of scores of flights and stranding thousands of travelers.

Operations ceased when the blackout hit the airport in the northern German port city around 10 am (0800 GMT).

After power had yet to fully return by late afternoon, the airport announced that all arrivals and departures would be scrubbed for the day.

"The airport is forced to suspend flight operations for the rest of today. It was not possible to correct the error," it said in a statement.

The source of the power failure had been identified as an electrical short, said airport spokeswoman Stefanie Harder. Officials offered no explanation as to why the outage was so severe, but said late on Sunday they were able to locate the source of the outage and that they were working on a solution.

"We're working at high speed to get everything running smoothly again," airport officials tweeted late on Sunday without giving more details on repairs. Nor was it clear when technicians would be able to restore power.

Planes that were already on en route to Germany's fifth-largest airport were diverted to other airports such as Hanover, some 150 kilometres south.

On an average Sunday, some 200 flights take off and land in Hamburg.

Hundreds of travellers were forced by security officials to leave the airport and wait outside for further information.

Several flights scheduled for Monday were also cancelled, with the airport's official website listing more than a dozen cancellations for early Monday, many due to planes being unable to land in Hamburg.

Airport officials said on Twitter that the decision to cancel flights was with the airline.

Jenny Webber, a passenger on her way to Copenhagen, was all set to fly when the power cut out. She said her luggage had already been checked in. "Otherwise I would have taken the train by now."