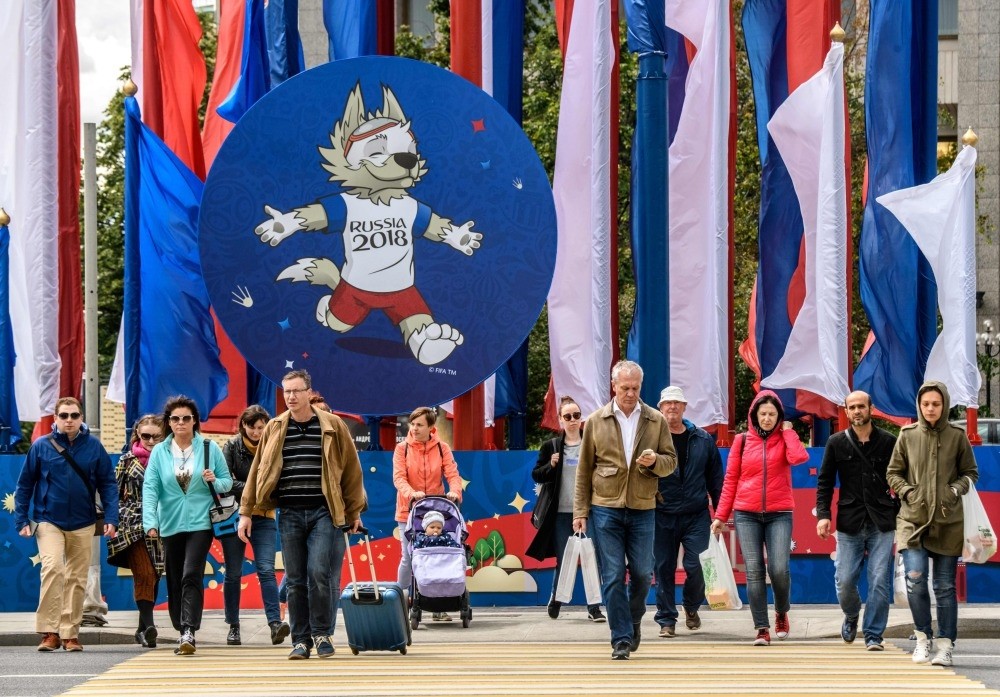 As Russia prepares to organize FIFA World Cup 2018, Turkey is also expecting to reap the benefits of the world's most important football tournament

Russians who have rented their apartments and houses to those attending the FIFA World Cup 2018 are planning to spend their vacations in Turkey to avoid crowds. Meanwhile some European tourists will also be flying to Russia with layovers in Istanbul.

The 21st FIFA World Cup which is scheduled to be held in Russia from June 14 to July 15 will turn out to be lucrative for the Turkish economy it seems.

While Russia will host football fans at the event in which 32 national teams will compete against each other in 11 different cities and 12 stadiums, Turkey will accommodate Russians who do not like football and want to escape the hectic tournament atmosphere.

Russia expects to welcome 1.5 million extra tourists during the World Cup. As the country's hotels are fully booked, Russians have rented out their houses to tournament goers. As tenants occupy the houses of Russians during the FIFA event, the people of the host country will spend their holiday in Turkey.

Moreover, the increasing demand from the countries whose national football teams will compete at the event has skyrocketed tour and flight prices, leading to European tourists spending their vacations first in Istanbul and then flying to Russia.

One of Russia's largest tour operators Anex Tour Chairman Neşet Koçkar stated that hotels in Russia are fully booked. "Russians who reside in locations close to stadiums rent their houses for $600 to $1,000 per day. Those who want to avoid the rush and crowd during the tournament are preparing to come to Turkey with the money earned from (tournament) tenants," he said. Koçkar stressed that Russia is poised to host 1.5 million tourists and generate $3 billion in revenues during the cup.

"The increase in Russian tourism will positively reflect on tourism. Russians like going on vacation and the first destination they think of is Turkey," Koçkar said.

Pronto Tour Chairman Ali Onaran stated that around 3,000 European tourists will fly to Russia for the FIFA World Cup 2018 via Istanbul.

The rising demand in Russia hiked the ticket prices for Russian flights, he said, adding that it has also gotten more difficult to find tickets for the games. Some Europeans therefore plan to solve this problem by going to Russia with a layover in Istanbul. They spend a two or three days in Istanbul and find tickets more easily as the cost will be equal to a tour package in Russia.

Onaran also stressed that Pronto Tour received high demand from Turkey for the FIFA World Cup. Package tour sales to Russia increased by two times compared to the same period last year, he said and emphasized that particularly, corporates showed high demand in Russian tours because of the tournament.