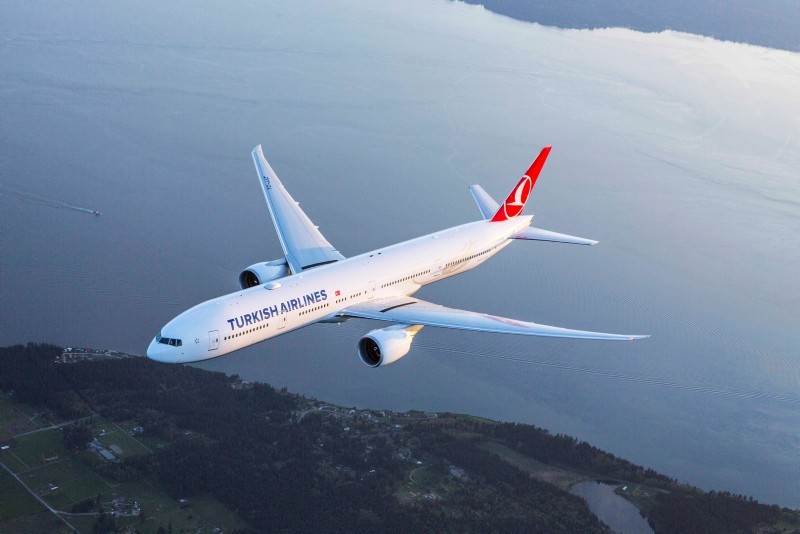 Turkish Airlines will make its first flights from Istanbul's new mega airport to the capital Ankara and the Turkish Republic of Northern Cyprus (TRNC) as well as Azerbaijan, the airline's CEO announced on Saturday.

The Turkish flag carrier's process of moving to the new airport will begin on Oct. 31 and last for some 12 hours, Bilal Ekşi told Anadolu Agency, adding that 800 trucks will take part in the giant operation and carry the equipment from Atatürk International Airport.

He said that the Ministry of Transport and Infrastructure, the State Airports Authority (DHMI), THY and Istanbul Metropolitan Municipality are having periodical meetings to have a smooth transition and not to affect passengers.

Citing the increasing space and operations volume with the new airport, Ekşi said that Turkish Ground Services will hire around 1,600 new employees, while Turkish Airlines will recruit nearly 3,000 as part of its annual recruitment goals.

"In line with [Turkey's] 2023 targets, our orders on 14 aircraft including four cargo [planes] will arrive this year. We will have 41 next-generation aircraft in 2019," he said.

Turkey's 2023 Vision, marking the centenary of the Republic of Turkey, sets specific targets for improvements in the areas of economic activity, energy, healthcare, and transport, including joining the world's top 10 economies.

Ekşi said that after the establishment of this logistics firm, Turkish Airlines' turnover from the company next year is expected to total $90 million.

President Recep Tayyip Erdoğan's aircraft on June 21 made the first ever landing at Istanbul's new colossal airport, which is expected to formally open to air traffic on Oct. 29, Turkey's Republic Day.

Upon completion, the third airport in the city -- 90 percent of which is already completed -- will be the world's biggest project built from scratch.

The new airport will be one of three biggest in the world, with an annual capacity of 90 million passengers in the first phase.

With a multi-billion-dollar investment, Istanbul's new airport will be home to the world's largest duty-free shopping complex.

After the completion of the first phase, the airport will have a capacity of 3,500 takeoffs and landings per day. It will also include a 100,000 square meter residential area as well as a mega car park with a capacity for 25,000 vehicles, a 42-kilometer-long (26 miles) baggage handling system, and 143 indoor bridges for passengers.