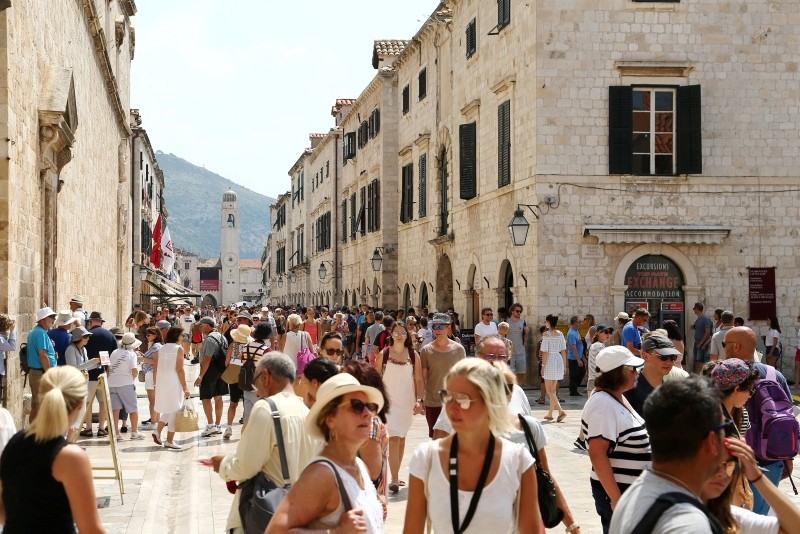 The Croatian town of Dubrovnik, a UNESCO World Heritage Site and picturesque coastal resort on the Adriatic, is at risk of being overwhelmed by visitors from the cruise ships that arrive daily.

Shopkeepers, restaurateurs and the 1,500 locals that live in the Old city - an area inside the coastal fort that featured in the TV series Game of Thrones - struggled to serve the crowds of guests.

Last year, UNESCO warned that Dubrovnik's world heritage status was at risk due to the huge number of tourists "in regard to the sustainable carrying capacity of the city" and the management of the cruise ships pulling in.

To counter the problem, the city in 2017 introduced its "Respect The City" plan aimed at limiting the number of tourists from cruises visiting the Old Town to 4,000 at any given moment.

"The project started yielding results this tourist season and we can see improvements in the quality of reception of guests from cruise ships and fewer crowds," said Sandra Milovcic, an official with Dubrovnik's Tourism Association.

She said the number of so-called stationary guests is also on the rise in 2018. According to official data, more than 4.2 million people have spent at least one night in Dubrovnik so far in 2018, 14 percent more than last year.

According to Cruise Critic, a specialized Web portal, Dubrovnik was declared the best Eastern Mediterranean destination for such trips in 2017 and 2018, with Montenegro's Kotor, Italy's Venice and the Greek islands of Santorini and Rhodes trailing behind.