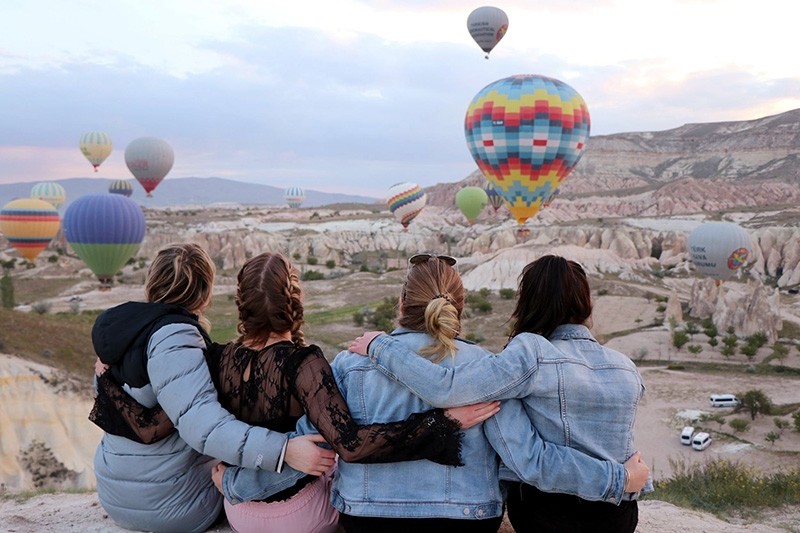 According to Turkey's Central Bank, the average U.S. dollar/Turkish lira exchange rate was 3.82 in the first quarter of this year, while one dollar traded for 3.70 liras on average in the same period last year.

"In this quarter, domestic visitors made 112.8 million overnights," TurkStat said, noting that the average number of overnights was 7.3 and the average expenditure per trip was TL 407 (some $107).

According to the official data, nearly 11.9 million residents took internal trips in the first quarter while the number of journeys with one or more overnights amounted to some 15.5 million with an annual hike of 22.3 percent.

TurkStat noted that the primary purpose of domestic trips was visiting relatives, accounting for a 68.7-percent share in the first three months of this year.

"The secondary purpose of trips was travel, leisure, holiday with 15.9 percent and the third was health with 8.7 percent," the institute said.

Trips for meeting/conference/courses/seminars and journeys for commercial relations/attending fairs were the other major travel purposes over the same period.

"In this quarter, according to the number of overnights by type of accommodation, domestic visitors stayed mostly at 'house of friend and relative' with 92.2 million overnights," TurkStat said, adding:

Official figures showed that Turkish residents spent most on health tourism with an average per trip expenditure of TL 641 ($168), followed by culture tourism and travel/leisure/holiday trips.

The institute also noted that transportation expenditures, clothing/giftware spending, and eating/drinking consumption were the top three items under individual expenditures in the January-March period.

Last year, the country's domestic tourism expenditure amounted to TL 35.3 billion (around $9.7 billion), as 77.2 million trips with one or more than one overnights were recorded.

The statistical authority will release its next report on this subject on Nov. 7.