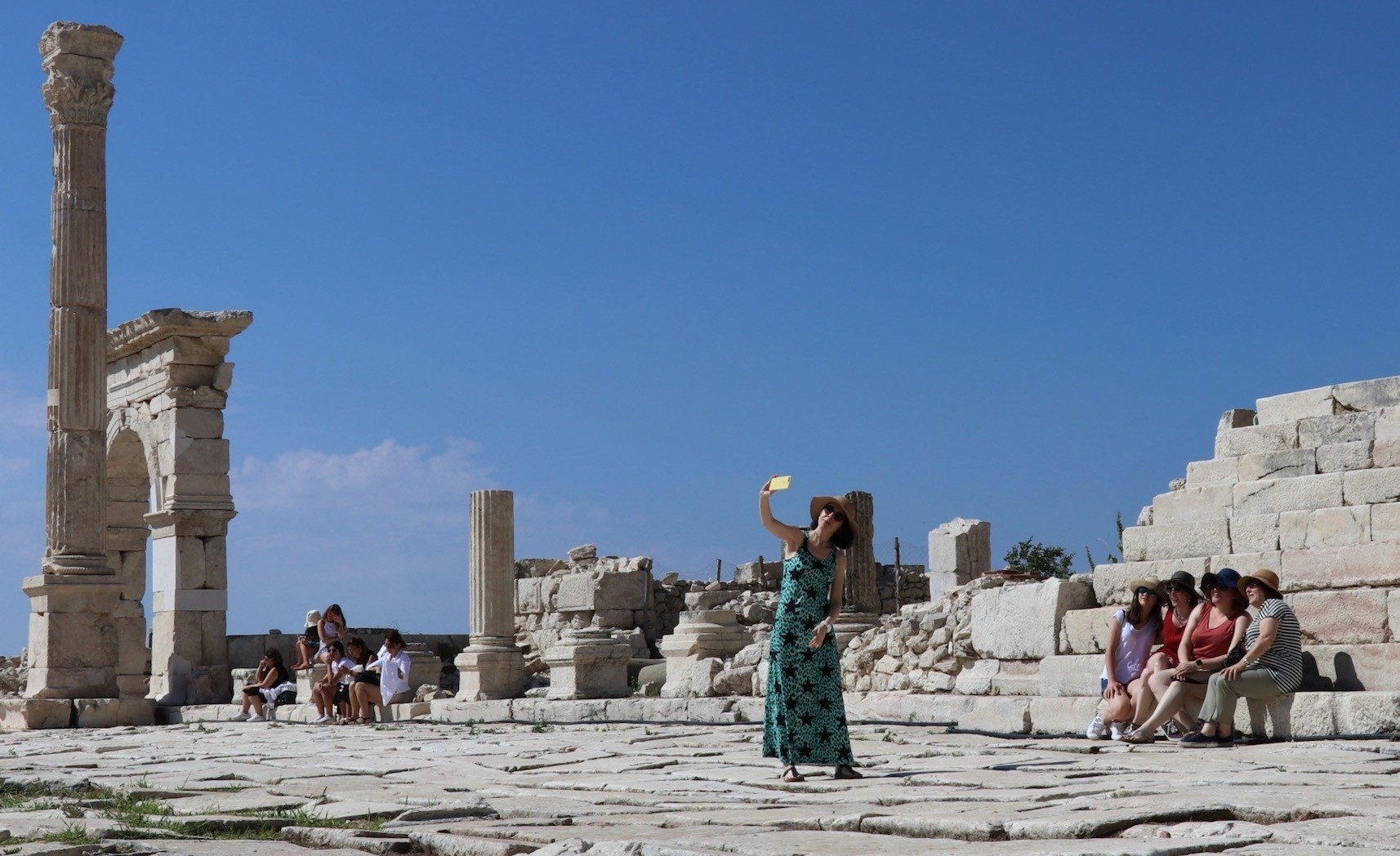 The government's 100-day action plan will be the start of the Turkish tourism sector's transformation, with projects meant to boost the number of tourists with large disposable incomes, as well as improved travel infrastructure investments

Within the scope of the 100-day program of the new Cabinet, an intense agenda awaits Turkey's tourism sector. The program, which will include a number of new projects expected to increase the tourism industry's potential, is also seen as the beginning of a transformation process in the sector.

The plan includes numerous goals including but not limited to energy, economy, industry, foreign trade, environment and urbanization, defense, education, health, technology, tourism and agriculture as well as public finance. The execution of 400 projects with an investment value of TL 46 billion ($8.90 billion) in the first 100 days will be coordinated and monitored by Vice President Fuat Oktay.

Within the framework of the program, which emphasizes opening of Turkish tourism to new markets, an action plan will be prepared to increase China's share in the tourism market, infrastructure for bigger leaps to develop tourism investments will be established, the Istanbul Atatürk Culture Center's tender will be finalized and the Göbeklitepe Ruins in Şanlıurfa will be opened to visitors.

In a statement to Anadolu Agency (AA), Turkish Travel Agencies Association (TÜRSAB) Chairman Firuz Bağlıkaya stressed that the program announced by President Erdoğan would also be the beginning of a transformation process in the tourism sector. He pointed out that in the 100-day program it was extremely important to emphasize the reviving of cultural values again. "Such projects will bring Turkey to the world agenda with its cultural and art activities and will allow our country to become a new attraction center for tourists with high-spending potential," Bağlıkaya said.

The new building, which will replace the original Atatürk Culture Center, a relic of the 1970s, and will appeal to larger crowds, is expected to be opened in 2019 and will serve as an opera house and cultural events center.

Meanwhile, TÜRSAB chairman noted that China sent the largest number of tourists abroad and was responsible for the highest tourism expenditures, stating that they were extremely positive about the action plan for increasing the number of visitors from China to Turkey.

He said that they were organizing weekly working meetings with Minister Ersoy and sector representatives, in order to eliminate the troubles of the tourism sector. He added that the first meeting discussed steps to attract more Indian, Chinese and Far Eastern tourists. "With the opening of the Istanbul New Airport, additional flights to these countries will start," he said.

"We want to increase the number of tourists with the highest income level from China and India to our country. It was decided to establish contacts with these countries at the state level and initiate procedures with the new airport in order to add additional flights to these markets. We are working on officially launching additional flights from China and India before winter," Bağlıkaya added.

He also said that as TÜRSAB, they met with many official delegations and discussed the Chinese market in 2018, and made progress on joint projects. "2018 is Turkey Tourism Year in China, and in the first half of the year, we saw a 93 percent increase in the number of visitors from China. We will close the year with a record-breaking number of Chinese guests," he added. He stressed that they aimed to maintain the record level for years to come. "To be able to evaluate the tourism potential in the Chinese market and accommodate a greater number of Chinese guests in the coming years, the passing of the China Action Plan will contribute significantly to the projects within the scope of market diversification studies."

PROMOTIONAL ACTIVITIES TO BE ACCELARATED

Meanwhile, the number of tourists and tourism revenue is increasing this year in tourism. Foreign tourist arrivals in the first six months increased by 30 percent compared to the same period of the previous year, reaching around 16 million.

Tourism revenue in the first six months of this year rose from $8.7 billion to $11.4 billion. Turkey has set a target of 40 million tourists and $32 billion in income for 2018.

Russia also played a major role in the increase in the number of tourists. The number of tourists from Russia in the first six months reached 2.4 million, followed by Germany with 1.6 million, Iran with 1.1 million, Georgia with 1 million, and Bulgaria with 987,000 tourists. In June alone, 989,983 people came from Russia, followed by Germany with 451,699, and the U.K. with 306,647. While the country hosted 36.8 million foreigners in 2014 and 36.3 million in 2015, the figure decreased sharply to 25.3 million in 2016 but rose again to 32.4 million last year, according to Turkish Statistical Institute (TurkStat).

Turkey targets 50 million tourists and $50 billion in income by 2023, according to private sector representatives and officials.

Promotional activities with an aim to make Turkey more known and recognizable in the world will be accelerated, TÜRSAB chairman said, adding that they also gave importance to international fairs and road shows in this respect. Bağlıkaya said they would give weight to culture, health, conference and gastronomic tourism in order to increase the diversity of tourism in Turkey and spread tourism to all 12 months.

He recalled that TÜRSAB sponsored international events in order to contribute to the promotion of the country. "We sponsored the Shakira concert. We will continue to support our country in promoting activities abroad. We were the main sponsor of Trans-Anatolian Rally Raid, which started in İzmir on Aug. 4. Motorsports enthusiasts around the world are following the breathtaking competitions involving 39 vehicles in the categories of nature, culture, history, motorcycles, ATVs, trucks and 4x4 land vehicles covering 19 cities in Anatolia," Bağlukaya said, highlighting that they intended to introduce Turkey's history and nature to the world through motorsports with such activities.

Stating that Göbeklitepe was among the first items in the 100-day plan showed the importance the president attached to cultural tourism, Bağlıkaya said the tourism industry revived in a short time as the Göbeklitepe Ruins entered the permanent list of World Cultural Heritage.

"There is a lot of interest in Göbeklitepe these days. This interest will be further increased at the official opening ceremony to be held in Göbeklitepe with President Erdoğan in attendance. Raising the number of tourists coming to Şanlıurfa over 1 million in 2023 is among our objectives," Bağlıkaya said. Göbeklitepe, regarded as one of the oldest sites of archaeological ruins and one of the oldest temples in the world, is located in Turkey's southeastern Şanlıurfa province and was added to the UNESCO World Heritage List on Sunday. Discovered during excavations by researchers from Istanbul and Chicago universities in 1963, Göbeklitepe is located near the neighborhood of Örencik in Şanlıurfa, 18 kilometers from the city center.

Characterized as "ground zero for human history," Göbeklitepe stands out among other archaeological sites, dating back 12,000 years, circa 10,000 B.C. Excavations at the site were launched in 1995 by German professor Klaus Schmidt, who brought to life the previously-unearthed finds that have long caused a stir among academics.