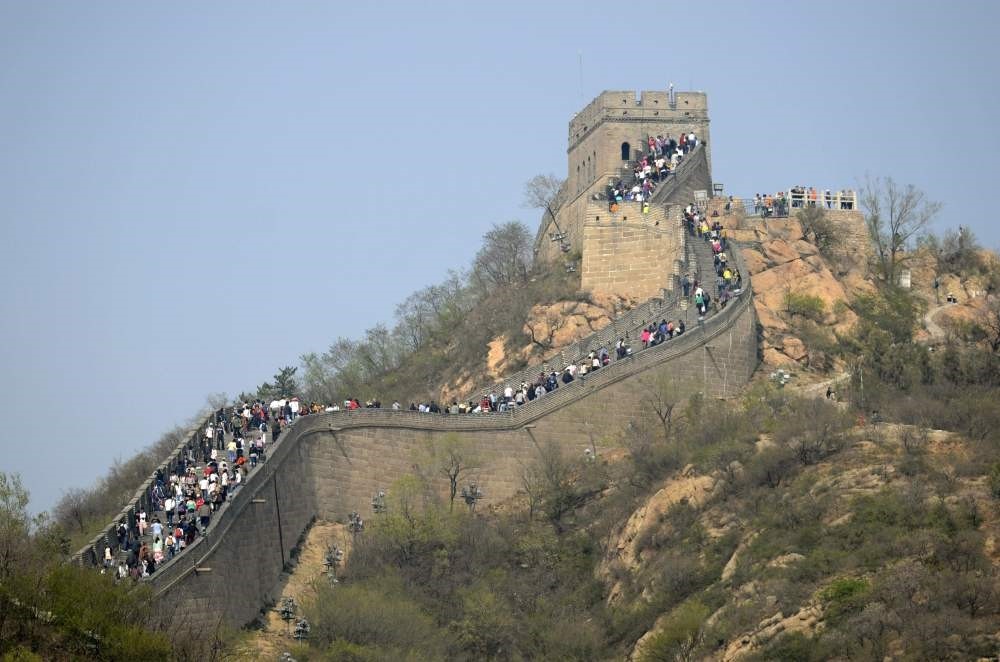 News of the u2018Night At The Great Wall' contest lit up Chinese social media, with critics calling it a publicity stunt that lacked respect for the ancient monument
by Aug 09, 2018 12:00 am

Home rental website Airbnb has scrapped a contest offering a chance to spend the night at a section of the Great Wall of China after an online backlash from people worried it could damage the site. News of the "Night At The Great Wall" contest lit up Chinese social media, with critics calling it a publicity stunt that lacked respect for the ancient monument.

"No matter how they dress it up, this doesn't hide the fact that this contest is by a private company that will undeniably cause damage to an ancient artifact," one person wrote on the Twitter-like Weibo platform. Officials from the Yanqing district - home to the section of the Great Wall that was to host the sleepover - said in a statement that they had not been notified about the event and that no approval was given.

"We have made the decision to not move forward with this event and instead we are working on a range of other experiences and initiatives that showcase China as a destination," Airbnb said Tuesday. Launched last week, the contest invited users to write about breaking down cultural barriers and building new connections. Four winners would get the chance to spent the night in a customized bedroom built in an ancient watchtower of the wall, which Airbnb said was done in consultation with conservation experts so that "not a single nail" of the Wall would need to be moved.

"This unprecedented level of access will showcase the Great Wall to the world and promote sustainable tourism to China by spotlighting wide ranging efforts to preserve the Wall's deep heritage and bring Chinese culture to life," the contest site said. Airbnb has run similar competitions for the Catacombs in Paris, the Great Barrier Reef in Australia and Abbey Road Studios in London. More than 8.6 million Chinese tourists have used Airbnb and the company has about 150,000 room listings in China. However, it is facing stiff competition from local rivals such as Tujia and Xiaozhu, which have flourished in the absence of official government regulations surrounding the fast-growing sector. Airbnb agreed at the end of March to provide travelers' passport information to local authorities to comply with regulations that require all foreign visitors to China to register their accommodation details with the police. The company has come under increasing pressure elsewhere, as cities and landlords crack down on "hosts" essentially turning homes into hotels. Tourist hotspots such as New York, Paris and Tokyo have all passed laws regulating short-term rentals.