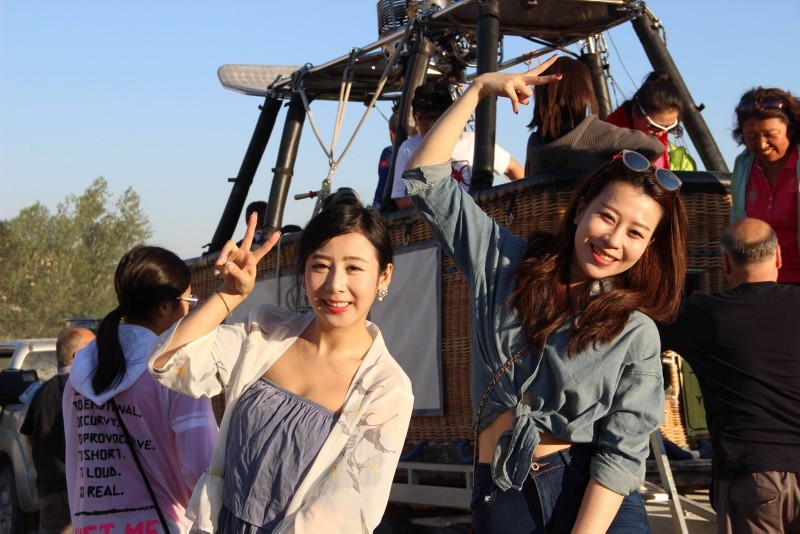 A record number of over 400,000 Chinese tourists will have visited Turkey in 2018, said the Turkish ambassador to Beijing on Wednesday.

The number of Chinese tourists who have visited Turkey in the first four months of 2018 is up by 97 percent from last year, Abdulkadir Emin Önen told Anadolu Agency.

Önen said that the number of Chinese companies in Turkey exceeded 1,000, including major banks such as Bank of China and the Industrial and Commercial Bank of China (ICBC), as well as technology giant Huawei.

China was making important investments in a largescale area -- from the Balkans to Africa, to the Middle East -- and that Turkey had great opportunities to cooperate for a win-win situation, according to the envoy.

"We have taken action to create special zones in some Turkish provinces for investors coming from China. For example, we [put in place] organized industrial zones where only Chinese businesspeople make investments," Önen added.

He also called on Turkish investors to actively participate in an import expo in Shanghai expected to take place in November.

"I call on our Turkish businesspeople to go to China, to localize there, to be permanent. The coming period will be the era of prosperity for China," he added..

Önen said he wanted Turkey's Yunus Emre Institute (YEE) to open in Beijing in 2018 as part of a culture exchange agreement.

Since its creation in 2009, the Yunus Emre Institute has taught Turkish to more than 99,000 people in 45 countries.

Named after the influential poet Yunus Emre, the institute now has nearly 50 cultural centers around the world, offering artistic, social and scientific programs.