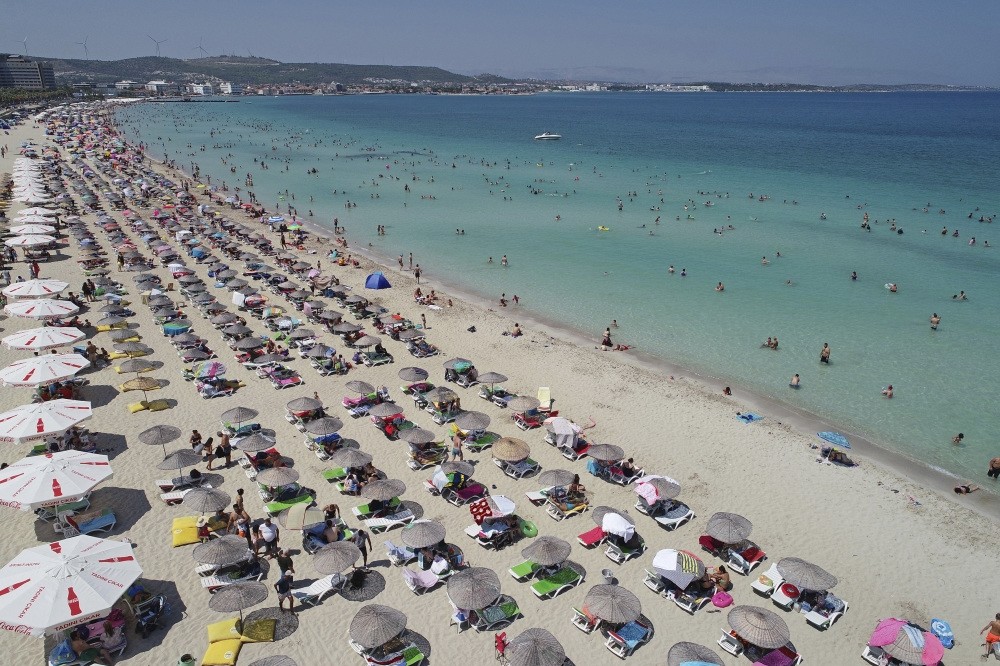 The nine-day Qurban Bayram (also known as Eid al-Adha in Arabic) has boosted the Turkish tourism industry with around 9 million local tourists spending around TL 9 billion ($1.45 billion) over the holiday.

Mehmet İşler, the vice president of the Hoteliers Federation of Turkey (TÜROFED) and head of Aegean Touristic Facilities Association (ETİK), told the Turkish language daily, Hürriyet, that more than 9 million local holidaymakers contributed around TL 9 billion to the Turkish economy during the bayram holiday.

"Most of our citizens preferred to spend their holiday in the country instead of going abroad, especially due to the high exchange rates for the U.S. dollar and euro against the Turkish lira. The Aegean coasts especially saw a large influx of local tourists. The number of tourists in the Aegean resorts of Bodrum and Marmaris hit 1.5 million. Among others, İzmir's Çeşme and Muğla's Fethiye saw around 1.2 million tourists," İşler said.

İşler said besides hotels, which were completely full, local tradesmen and farmers also benefited from the long holiday.

He added that because of the recent exchange rate increases the number of local tourists visiting Greek islands declined sharply.

"The quality of service and speed in Greece have also declined. There was a decrease of around 60-70 percent in the number of tourists visiting Greece. Normally, around 1.2 million locals would visit the Greek islands, like Lesbos and Chios," he said.

However, there was an increase in the number of Greek tourists coming to Turkey. "Greeks come to Turkey to buy things like sunscreen, medicines, closets, ceramics and other construction materials," İşler said.