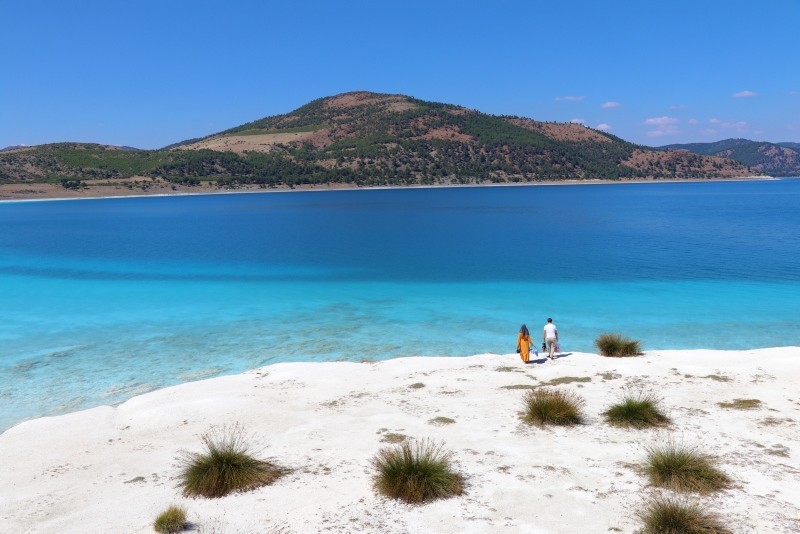 Canada's weekly tourism magazine Travelweek urged its readers to travel to Turkey, saying Turkey is a rising destination for the 2018-2019 period with many riches offered by the country and its surrounding seas.

Occupying the magazine's cover with the headline "Tourism in Turkey soars," the report stressed that the recent developments in the country's economy have raised the interest of tour operators and tourists.

"A recession seems likely but, as history has shown when economic troubles increase, so too does the number of tourists in search of cheap prices," the report read, pointing out that Turkey is making a comeback, with tourists returning in droves.

It was also noted that as per July 2018 figures, tourist arrivals in Turkey increased by 11.74 percent compared to July 2017, reaching 21.6 million.

Accordingly, in the January-July period of 2018, the number of tourists, including 59,893 Canadians, point to an increase of 33.78 percent compared to the same period in 2017. These numbers are in sharp contrast to those that predate 2017, when events including a failed coup and terror attacks resulted in a 23 percent decrease in international tourist arrivals, Travelweek added.

Sandra Carvao, Chief Market Trends and Competitiveness for the World Tourism Organization (UNWTO) told Travelweek that the recovery of the Russian outbound market, promotional efforts and new infrastructure development contributed to this growth. "Turkey has a wide and unique offering of cultural, heritage, urban, sun and sea tourism products and continues to diversify its tourism," Carvao said.

Selçuk Ünal, Ambassador of Turkey to Ottawa, also told Travelweek that due to the momentum gained in 2017, this year and beyond are looking positive, reminding travel agents that Turkey is a safe country with no major attack against civilians in the last two years.

Adding that current exchange rates have made prices cheaper in all Turkish tourist destinations, Ünal said, "Turkey is ready to welcome more Canadians. With cities steeped in history, beaches and natural wonders, Turkey promises unique vacation experiences for all visitors."

Meanwhile, Intrepid Travel, one of the tour operators reporting comeback numbers to Turkey, said Turkey is its fastest-growing destination to date in 2018 with an incredible 214 percent growth in global bookings compared to 2017.

"This is impressive growth. Our current bookings show that travel to Turkey is continuing on a rapid upward spike in 2019. In line with 2018 growth, we are seeing a nearly 300 percent growth in 2019 bookings," Megan Bailey, director of sales and customer experience for Intrepid Travel said.