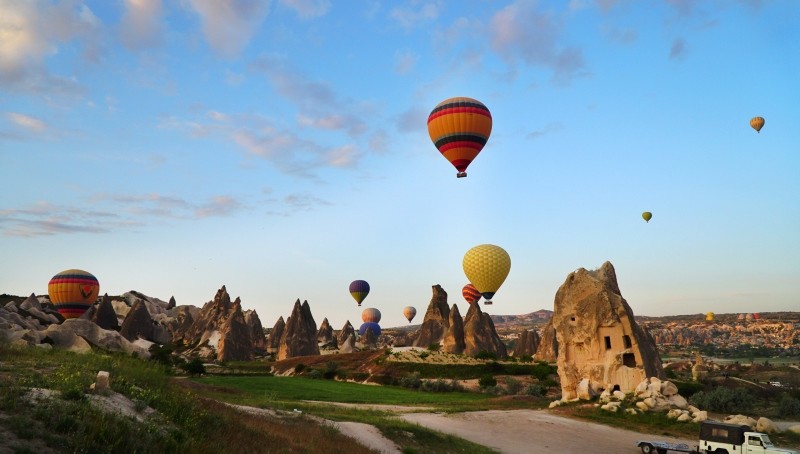 Hot air balloon flights in Turkey will soon take place in nine other provinces according to an announcement made by the Directorate General of Civil Aviation (SHGM) on Thursday.

Some 325,000 tourists enjoyed a bird's-eye-view of the famous tourist spot in 2017, according to statistics.

In order to further develop the potential of the country in the hot air balloon sector, the SHGM also granted licenses to five hot air balloon companies for commercial aviation activities in the Pamukkale region, while another three companies already received the pre-permission.

Turkey holds the world's largest commercial operation in the field of hot air ballooning with its traffic volume, number of passengers and the number of days in the air.

A total of 239 hot air balloons belonging to 25 companies operate for 260 days in a year in Cappadocia which attracts around 500,000 tourists annually, according to SHGM data.

European countries such as Germany, the U.K., France and the Netherlands cannot operate hot air balloons for longer than 60 days per year due to the weather conditions, according to the SHGM's Nevşehir representative office.

The country with the closest number to Turkey is Kenya with 150-170 days of flights yearly. In Australia, commercial balloons operate 110-120 days yearly with 100 balloons.