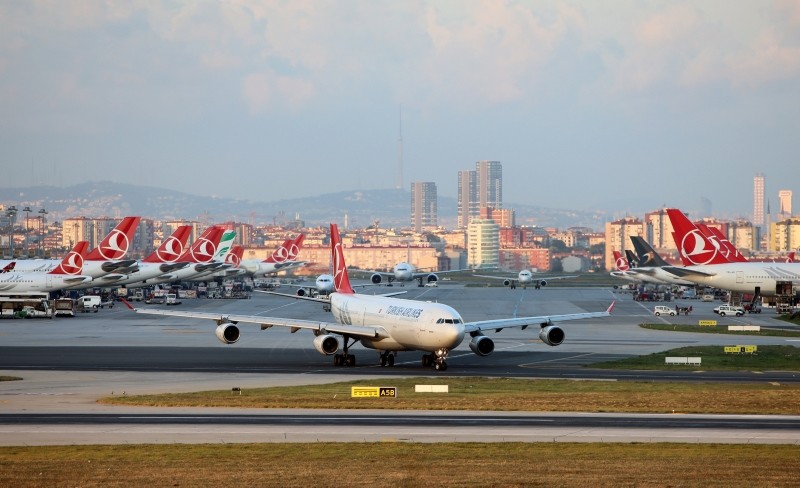 The Turkish Airlines has been the leading exporter in Turkey's Fortune 500 list since 2008, and ranked again first with a volume of $8.05 billion in service exports in 2018, the statement read.

"Our efforts being deemed worthy of such precious awards give us courage while preparing to reach our new targets," said Murat Şeker, CFO of Turkish Airlines.

The first phase of the new airport is set to be completed on Oct. 29, which is expected to welcome 90 million passengers annually, with 3,500 daily landings and take-offs, according to Transport and Infrastructure Minister Cahit Turhan.

Once complete, the new airport will offer flights to more than 300 destinations with an annual passenger capacity of up to 200 million.

The Fortune 500 Turkey list includes publicly and privately held companies for which revenues are publicly available.

According to the airline's year-end targets, the company expects to carry 75 million passengers — including 33 million on domestic routes, 42 million on international routes -- with around an 81-percent passenger load factor.