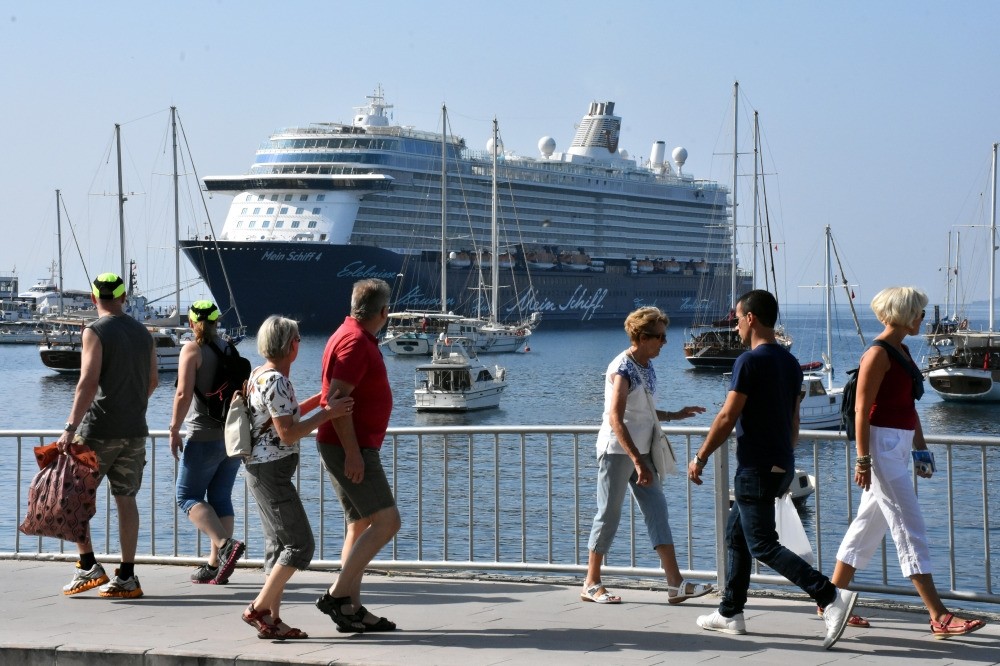 Payments made with foreign bank cards reached nearly TL 21 billion ($3.6 billion) during the summer holiday period from June to September, almost doubling compared to the same period of 2017, and Istanbul was the city where the tourists paid the most, according to data released by the Interbank Card Center (BKM). Compared to TL 11 billion in the same period last year, foreign card payments increased by 91 percent this year. With this rise, the share of foreign cards within card payments made in the country surged to 7 percent in the June-September period of this year from 5 percent in the same period of 2017.

The average transaction amount of payments made with foreign cards amounted to TL 616 and payments made via the internet constituted 32 percent of the payments made with foreign cards. As far as the distribution of foreign card payments made in Turkey in the summer period by sectors goes, the highest increase was seen in the electronic appliances sector with 143 percent, followed by clothing and accessories with 108 percent, travel agencies with 101 percent, accommodation with 99 percent and airlines with 91 percent. In the same period, foreigners spent TL 193 million on electronic appliances, TL 3.170 billion on clothing and accessories, TL 1.512 billion on travel agencies, TL 3.934 billion on accommodation and TL 4.621 on airlines with bank cards.

Istanbul was the city where tourists spent the most during the summer. Istanbul constituted 47 percent of card payments made by foreigners, followed by Antalya with 23 percent, Muğla with 9 percent, Ankara with 5 percent and Izmir with 4 percent. The transactions carried out in these five provinces accounted for 88 percent of all card payments made by foreigners. According to BKM data, there were 65.5 million credit cards and 140.2 million debit cards in Turkey as of September. The number of credit cards increased by 7 percent and the number of debit cards increased by 10 percent compared to last September.