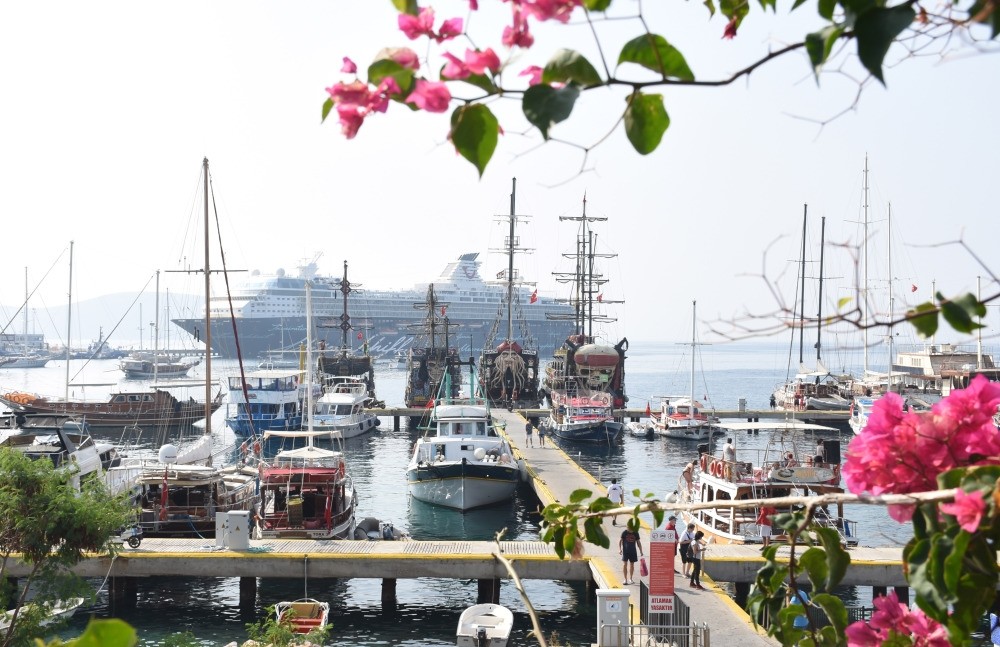 Turkish TV series have had an impact on the high-income earners and high spenders from South America, as Turkey has seen a double-digit increase in the number of tourists coming from countries such as Argentina, Brazil, Chile and Colombia

Aired around the world, Turkish TV series have led to a boom in South American tourists visiting Turkey. The number of tourists coming from South America, especially from Argentina and Brazil, with mainly high spending levels, soared by 70 percent to 165,000 in the first eight months of the year.

According to the Turkish Hoteliers' Association (TÜROB), the association's authorities have prepared a report on the South American market as a result of their contacts at the FIT International Tourism Fair of Latin America, one of the most important tourism events in South America.

The report reveals that Turkish TV series continue to have a positive impact on the South American market, in Argentina and Brazil in particular, from where Turkey welcomes nearly 250,000 tourists a year.

It is stated that the South America market, which has been growing continuously for the last decade except for a decline in 2016, is hard to define as a large market in terms of the number of tourists. On the other hand, the proportional increases in the number of tourists coming from countries such as Argentina, Brazil, Chile and Colombia has increased to a remarkable level.

The number of tourists from South America increased by 70 percent to 165,000 in the first eight months of the year. In the case of the continuation of current conditions, double-digit increases are predicted for 2019. Meanwhile, tourists coming from this region are mainly in the upper-income group and high spenders.

TÜROB issued a statement on the issue, saying that the image of Turkey has grown in South America thanks to the Turkish TV series broadcast in the region over the last five years.

More than 100 Turkish TV series are exported to more than 150 countries and rank second, right after the U.S., with over $350 million in annual revenue and more than 500 million viewers worldwide.

TÜROB Chairman Timur Bayındır recalled that the number of tourists coming from Brazil and Argentina, which are the two leading markets in South America, started to rise again in 2017 and 2018 after the decline in 2016.

Bayındır emphasized that, although South America is a distant market, it has a lot of potential, adding that double-digit rises in the number of South American tourists are expected next year.

Explaining that the number of tourists from the Brazilian, Argentine and Colombian markets, which are promising significant potential for our country, amounted to an estimated 185,000 in 2013, Bayındır noted that the figures entered a downward trend because of some security concerns in Turkey and neighboring countries in 2014 and the following years. "However, as of last year, major movements and increases in favor of Turkey started to take place in the South American market, especially in Argentina and Brazil," Bayındır noted.

Underlining that Turkish TV series that are broadcast in South American countries have made a significant contribution to the promotion of Turkey, he stated that these series have started to be broadcast in Argentina and Brazil in recent years and attracted vast prime time audiences. "With the impact of this movement, over 1,000 newborns born in South American countries have been given Turkish names like Ömer, Elif and Onur," he added.

"Given that series actors and actresses have a serious fan base in the countries where the series are broadcast and that magazines are followed by large masses in Latin American countries, we believe that the use of these actors and actresses would be very useful and effective in the promotion of Turkey," Bayındır concluded.