Record around the corner: Over 37.5 million foreigners visit Turkey in first 11 months 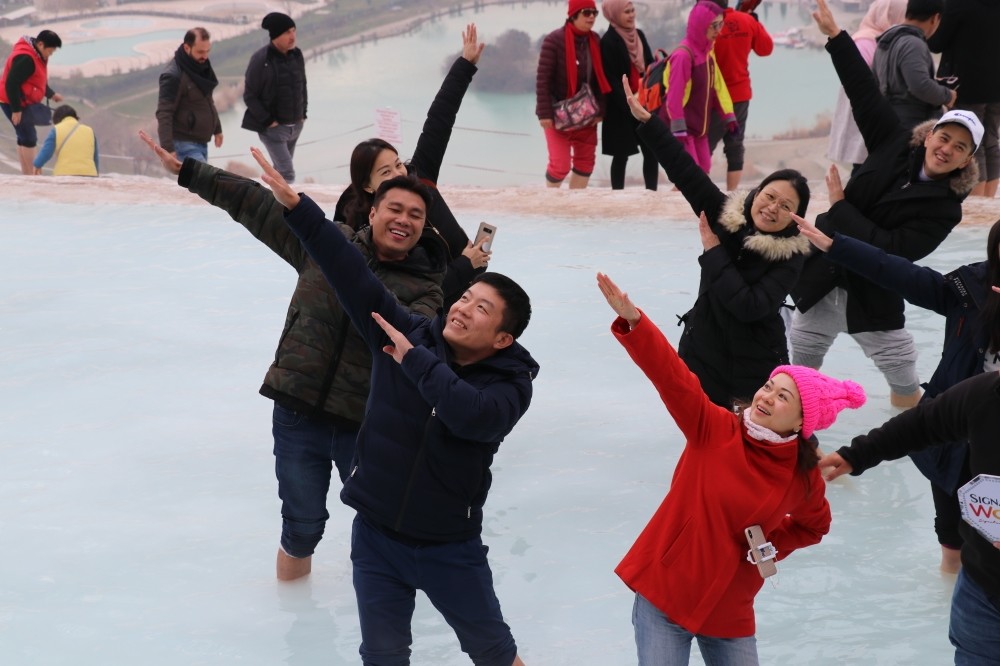 Turkey expects the number of foreign tourists to exceed 40 million and revenues to reach $32 billion by the end of this year.
by Daily Sabah Dec 29, 2018 12:00 am

Enjoying a vibrant year, Turkey is on track to post a new annual record by hosting 40 million foreign tourists

With the New Year just around the corner, the tourism sector is close to surpassing 40 million in foreign visitors and setting an all-time high. Realizing major achievements so far this year, Turkey has seen the number of foreign arrivals rise significantly in the January-November period, according to data revealed Friday. According to Culture and Tourism Ministry, more than 37.5 million foreigners visited the country in the first 11 months of this year, up 23 percent year-on-year. Having closed 2017, which stood out as a year of recovery following a difficult period in 2016, with 32.4 million foreign visitors and $26.3 billion in tourism income with an increase of 28 percent and 19 percent, respectively, compared to the previous year, the sector is experiencing a golden period.

Turkey is projected to rise to the world league in 2019 with new structures and tourism policies.

Moreover, the figures released on Friday revealed that the country hosted nearly 43 million visitors, when Turkish citizens residing abroad are included, in the said period of this year, a 21.35 percent year-on-year increase.

The data also showed that Istanbul, Turkey's largest city by population and one of its top tourist draws, and the Mediterranean resort city of Antalya attracted the highest number of foreign visitors – 12.4 million and 12.3 million.

Russians topped the list among nations in the said period and accounted for over 15 percent or nearly 5.9 million of the visitors, followed by Germans with 11.6 percent (4.3 million visitors), and the U.K. with nearly 6 percent (2.2 million).

The number of Russians coming to the country was up 26.22 percent, while the number of Germans and British tourists surged by 25.56 percent and 36.44 percent.

On the other hand, the largest annual growth was seen in Polish visitors, which have more than doubled from a year earlier. Colombians came in second with a 94 percent increase.

The most preferred means of transport was by air with 28.7 million foreign visitors. Some 7.8 million and nearly 960,000 visitors used roadway/railway and seaway.

In November, the number of foreigners that entered Turkey also surged 19 percent annually to reach nearly 2 million. According to the forecasts of the ministry and sector representatives in light of available data, it is expected that the number of foreign visitors will exceed 40 million by year-end, and tourism revenues are expected to reach $32 billion in the meantime. The country will host around 50 million tourists in 2019, Culture and Tourism Minister Mehmet Nuri Ersoy said at the opening of the Turkish pavilion at the World Tourism Market 2018 in London in November.

"I am expecting a 23 percent increase next year. I hope we will reach the target of 48 million [tourists]," Ersoy added.