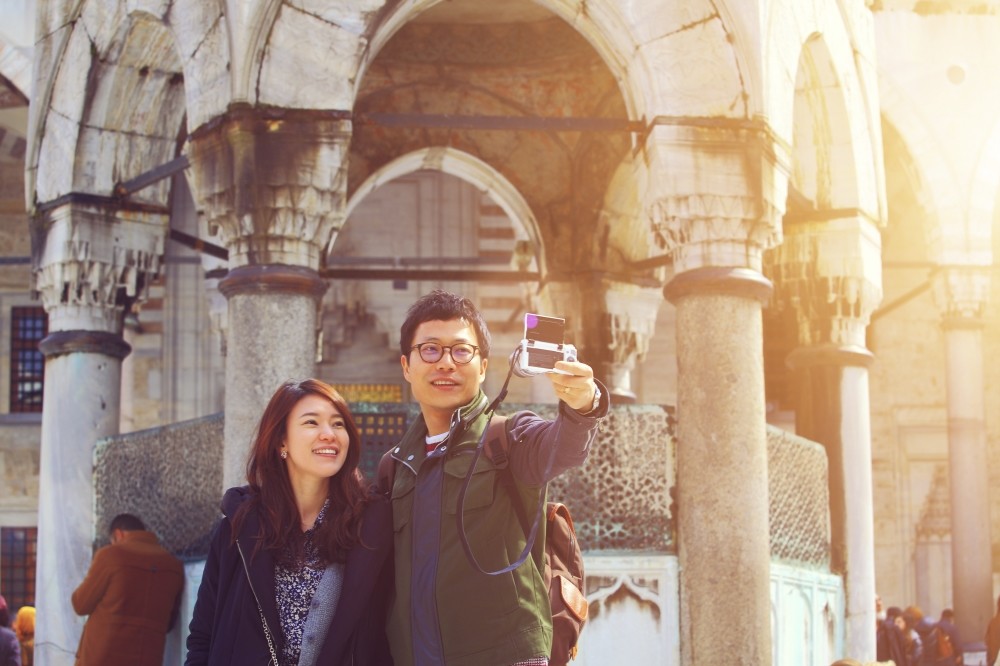 The Culture and Tourism Ministry, as part of a new promotional campaign to reach high-spending tourists, will draw attention to Turkey's cultural and archaeological heritage, art and gastronomy as well as the country's sea, sun and sand attraction, with the help of bloggers and Instagram users with a huge fan following. The country saw the number of foreign tourists rise significantly during the January-November period of 2018.

According to the Tourism Ministry, more than 37.5 million foreigners visited the country in the first 11 months of the year, up 23 percent year-on-year. Once the figures for December are released, the country is expected to have surpassed the target of 40 million foreign visitors, an all-time high.

The figures revealed that the country hosted nearly 43 million visitors, including Turkish expats living abroad, in said period of this year, with a 21.35 percent year-on-year increase. The year 2018 was projected to close with a total of 45 million visitors.

To that end, the ministry has initiated a project to rebrand Turkey with a new promotional logo and slogan. It continues the process of determining foreign advertising and public relations agencies, in order to form a new perception outside the old Turkey brand and tulip figure that has been used for over 18 years.

The Turkey stand was inaugurated Wednesday by Culture and Tourism Minister Mehmet Nuri Ersoy at the fair that brought together all the stakeholders of the tourism sector.

As part of the studies conducted on tourists "with high non-accommodation spending" who prefer Turkey, tourists traveling from China, Japan, India and South Korea with long flights and longer stays have been given weight. Intense publicity activities will be carried out in these countries to open up to different markets.

In Russia and Japan, which declared 2019 as the Year of Turkey, exhibitions will be held to bring Turkey's value to the forefront - covering many items, from cultural and archaeological heritage to art and gastronomy.

Following the first installment in Tokyo, the exhibition will be held in Kyoto, Moscow, Berlin and London throughout the year. Stands at the fair introduce Hatay, Gaziantep and Aegean delicacies.

In 2019, promotions for "retail tourists," who set up their own travel program instead of package programs, introduced by tour companies will come to the fore and every kind of media will be used effectively in this regard.

While advertising campaigns will be heavily covered by international TV channels, the program will also involve tourism bloggers and Instagram users with a significant number of followers.

Meanwhile, in the promotional campaign that will use technological developments, an artificial intelligence program will be used to conduct an analysis on tourists who have come to Turkey and later preferred other countries for various reasons or those who will be coming for the first time. Direct promotional activities targeting high-income tourists in both groups will be conducted in line with the results of the analysis.