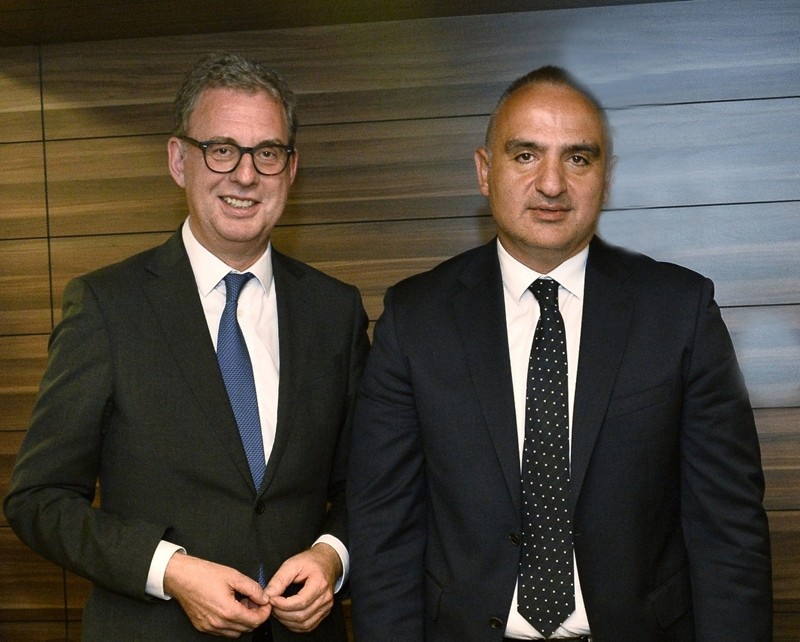 Turkey is expecting a record number of German tourists to visit the country in 2019, with a 123 percent increase already recorded in early bookings, Culture and Tourism Minister Mehmet Nuri Ersoy said Saturday.

According to a statement released by the Ministry of Culture and Tourism, Minister Ersoy met with Norbert Fiebig, president of the German Travel Association (DRV), one of the world's largest travel industry organizations, in Berlin.

During the meeting, the ministers compared the number of German tourists visiting Turkey on a yearly basis. In figures announced by the DRV, the rate of early bookings made by Germans had increased by 123 percent while revenues also increased by 140 percent in the first to weeks of 2019.

Stating that his meeting with Fiebig was very fruitful, Ersoy said the two also discussed the tourism potentials of Germany and Turkey as well as the roadmap they will follow in the new year to attract more higher quality tourists.

Turkey saw a 25 percent increase in the number of German tourists in the first 11 months of 2018.

Ersoy had previously said he hopes Turkey will host around 50 million tourists in 2019.

Last year, 32.4 million foreigners visited Turkey, while the number of arriving foreigners was 25.3 million in 2016.