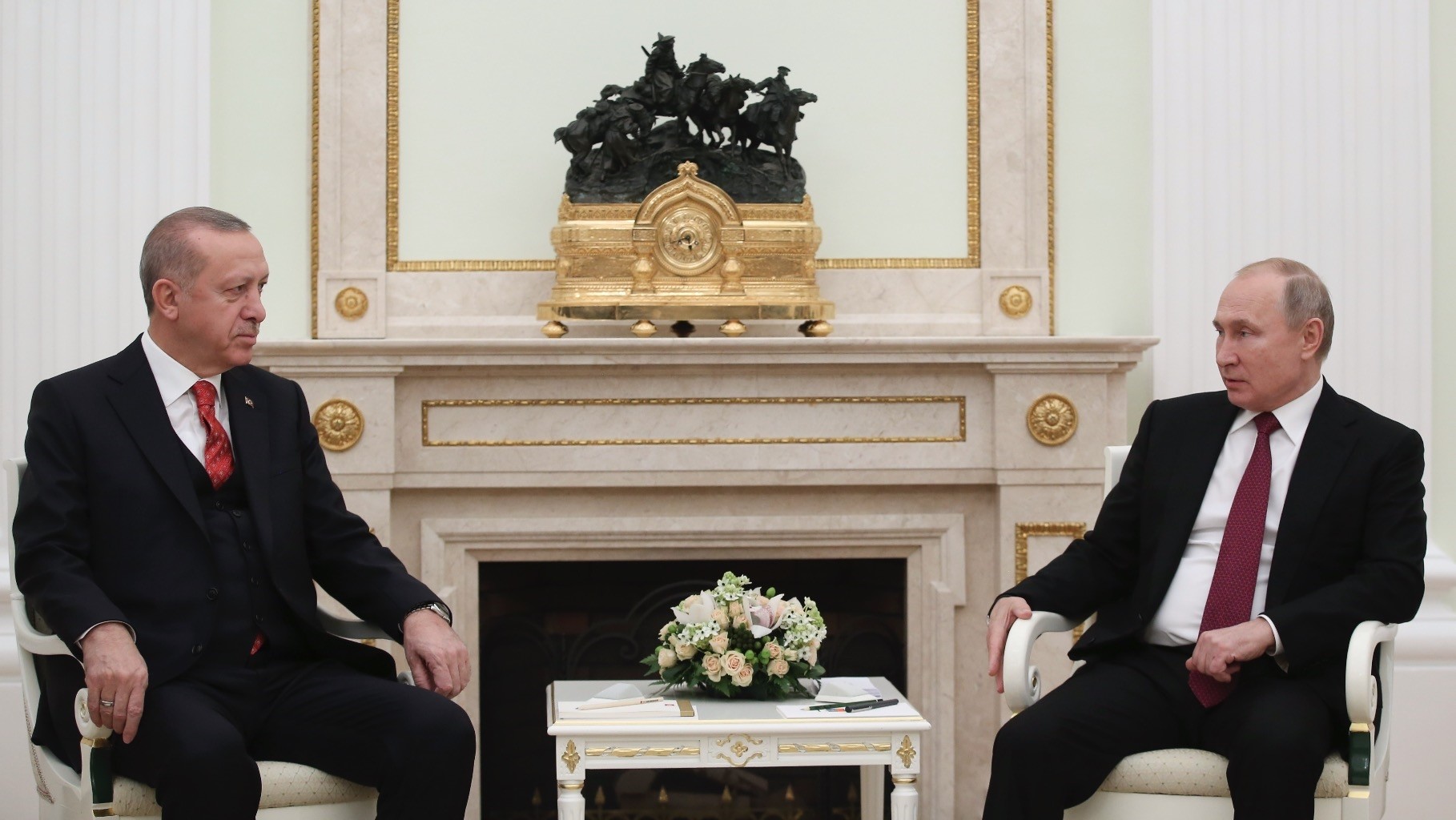 Turkey and Russia declared 2019 as tourism year to boost the number of Russian visitors to Turkey and Turkish visitors to Russia, President Recep Tayyip Erdoğan said Wednesday during a joint press conference with his Russian counterpart Vladimir Putin in Moscow.

"We have broad cooperation with Russia in the areas of economy, trade, culture and industry and our collaboration is particularly spearheaded by the tourism sector," President Erdoğan said.

Erdoğan also stressed that visa exemption was on the agenda of the meeting and the amelioration of ties will be further facilitated. "The full visa exemption will cement the ties between the Turkish and the Russian people," he said. The President also noted that the Akkuyu and TurkStream projects are progressing with solid and firm steps.

Russian President Vladımır Putin said the bilateral trade volume between Turkey and Russia has reached $23 billion in the first 11 months of 2018, an 18 percent year-on-year increase.

Putin also elaborated on other bilateral projects, indicating that a number of projects are being carried out in the energy field.

He recalled that the two leaders attended the ceremony of completion of the sea part of the TurkStream natural gas pipeline project in November.

Putin stressed that TurkStream does not only provide energy security for Turkey, but for Europe as well. "Once the second pipeline in TurkStream project starts delivering gas, it will not only boost the energy supply security of Turkey but also that of Europe," the Russian president said.

Consisting of two lines, the Turkstream project has an annual gas delivery capacity of 31.5 billion cubic meters, each with a capacity of 15.75 billion cubic meters. While the first line will provide natural gas for the Turkish market, the second line will deliver the commodity to European countries via a route passing through Balkan nations. The capacity of the first line will be enough to meet the demands of major Turkish cities, like Istanbul and other industrial cities. Therefore, it is considered an important contribution to Turkey's natural gas demand for industrial production.

Another important joint energy project is the Akkuyu Nuclear Power Plant (NPP) which began construction in April last year. The first unit of Akkuyu is expected to become operational by 2023, the 100th year of the Turkish Republic, Putin said.