Cappadocia sees best January in a decade with over 123,000 tourists 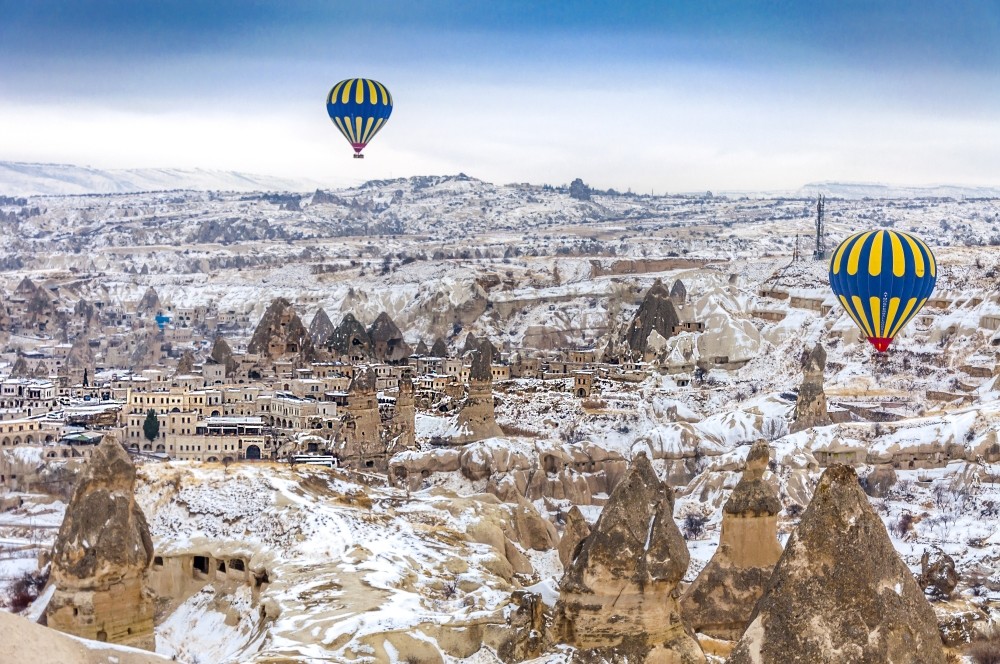 With Cappadocia reaching its highest January tourism numbers in a decade, by hosting 123,244 local and foreign tourists, the intense tourist activity has raised the hopes of sector representatives for 2019.

This year, a new record expectation prevails in Cappadocia, which hosted over 2.9 million domestic and foreign tourists in 2018.

Having previously experienced calm winter seasons, Cappadocia welcomed 123,244 tourists in the first month of the year.

"Such intensity was experienced in January in Cappadocia for the first time in the history of tourism," Durmaz said. "In January, the region became the most active tourism destination after the ski resorts. At the same time, it indicated that 2019 would be a good year. All hotels in the area are already booked for April, the beginning of the season."

Sami Daşdeler, a hotel manager operating in the region, said there was a significant movement in the region in the first month of the year, adding early bookings for the coming months showed that 2019 would be more active compared to the previous year.

"In 2018, Cappadocia experienced its best period compared to previous years," Daşdeler said. "We are even more hopeful for 2019 as the tourism sector. Early bookings point out that this year will be better, which is also confirmed by the data. We welcome people from all over the world."

Luan Dolly, an American tourist walking among the fairy chimneys, said he came back to Cappadocia after 20 years and that he was pleased to be in the same landscapes and natural beauties. "Cappadocia is a magnificent and unique wonder of nature. I am fascinated by underground cities and other historical sites. I get information about the history of the region. For me, this place is too beautiful to describe," he added.