Over 550,000 tourists visit Turkey for health-oriented services in 2018 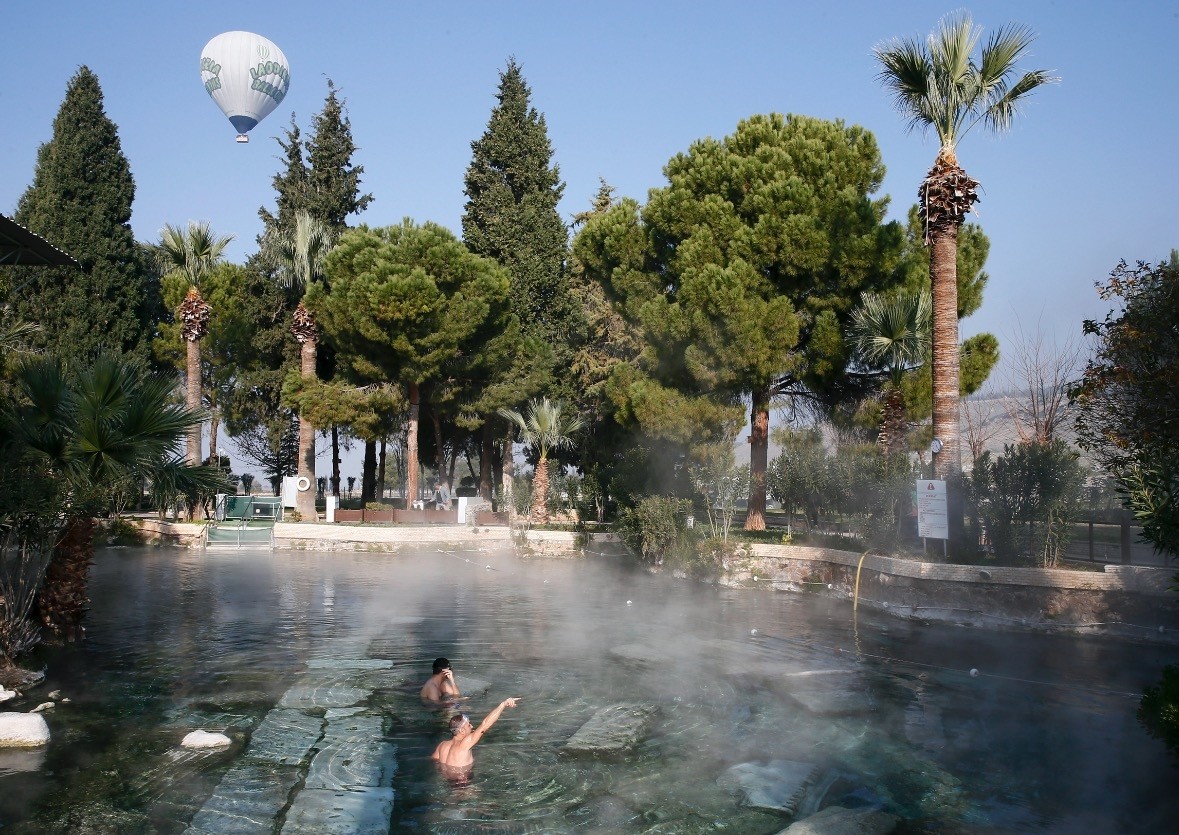 Around 3.2 million tourists have visited Turkey for health-oriented services over the last 10 years.
by Daily Sabah Feb 18, 2019 12:02 am

Turkey, which has recently made significant investments in health tourism, especially in city hospitals and thermal facilities, has become a focus of foreign tourists who want to benefit from these services. Around 551,748 tourists visited Turkey for health-oriented services last year, an increase of 27.3 percent compared to the previous year, according to Turkish Statistical Institute (TurkStat) data.

On the other hand, the number of people who visited Turkey for the same purpose in the last 10 years was recorded as totaling 3.2 million, with the impact of investments in health-oriented infrastructure and facilities.

All kinds of tourism activities that offer health benefits are considered health tourism, which covers a wide field of categories such as medical tourism (such as treatment and surgery in hospitals), thermal tourism (services such as rehabilitation and rest in thermal facilities), elderly and disabled tourism (long-term stays with social activities in the geriatric treatment center or plateaus).

While Turkey has developed its investment portfolio within the framework of these categories, the interest of tourists who seek treatment in areas such as oncology, orthopedics and aesthetics in the past few years has been reflected in official figures.

Looking at the details of the aforementioned data, the number of medical tourists entering Turkey during the 2009-2018 period increased, except for in 2010 and 2015.

Somuncu noted that the number of unregistered services is quite high in addition to the trips and treatments registered in health tourism in the world.

Pointing out that global health tourism market is estimated to be around $500 billion, Somuncu said even though Turkey is ambitious in this field, it has yet to get its rightful share of the market.

He stated that the sector is working with great effort in order to increase its awareness and income in health tourism, adding that in 2023, they aim for a $20 billion share in the world health tourism market.

Somuncu further explained that Turkey has been attracting tourists from all over the world, especially the Balkans, the Turkic Republics and Middle East and Arab countries for health-related issues.

He highlighted that people living in Turkic Republics such as Turkmenistan, Kazakhstan, Kyrgyzstan and Uzbekistan prefer Turkey instead of Europe.

"Turkey also welcomes many tourists from Europe because of the increase in the elderly population and the high prices on the continent," he said, stressing that Turkey is mostly preferred for a lot of surgeries and operations.

On the other hand, Thermal Health and Tourism Association (TESTUD) President Yavuz Yılık said they have been conducting a series of promotional activities abroad to increase awareness related to Turkey's thermal and health tourism.

He also said with the activities being done in the health and thermal tourism related to Russia, from which Turkey welcomes the highest numbers of tourists, will be accelerated in the upcoming period.

Russian patients going to Germany and Israel for treatment will now find cures in Turkey's healing waters, said Yılık. He said tourists coming stay in Turkey for 14 to 28 days on average, adding that their spending per capita ranges from between $700 to $3,000.

Indicating that around 10,000 Russians visited Turkey for health-related services last year, he said they aim to attract around 100,000 Russians throughout this year with the impact of promotional campaigns.

"We have cooperated with Moscow's largest rehabilitation hospital. Within this cooperation, patients sent to Israel and Germany for this treatment will now be treated in health institutions in Turkey. The journey we initiated in Russia to promote the health tourism and the thermal riches of our country will continue at full speed," Yılık said.

A Russian delegation consisting of tour operators, health workers, physicians, and press members will be paying a visit to Turkey as of today until Jan. 23 to see Turkey's thermal and health potential, according to the TESTUD chairman.

The delegation will be visiting health institutions in Dalaman, İzmir Balçova, Çeşme and Istanbul and carrying out a number of meetings.

Meanwhile, Turkey enjoyed a boom in the overall arrivals of visitors in 2018, welcoming 39.5 million foreign visitors last year, a 21.84 percent increase year-on-year, according to the Culture and Tourism Ministry.

The total number of tourists that visited Turkey last year reached 46.1 million, out of which 6.6 million were Turkish citizens residing abroad. The figure corresponded to an 18.1 percent hike from the previous year.