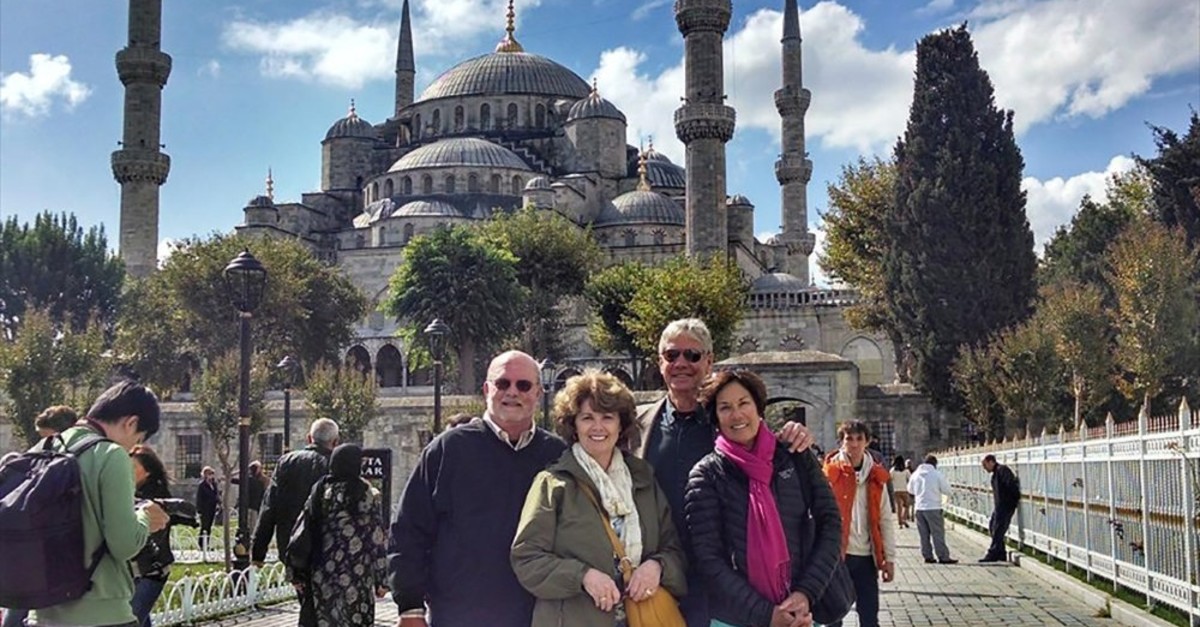 Last year, Turkey welcomed more than 4.5 million German tourists and the ministry expects over 5.6 million visitors from Germany this year.
by Daily Sabah Mar 07, 2019 12:08 am

Frankfurter Allgemeine Zeitung (FAZ), one of Germany's leading daily newspapers, has prepared a publication on Turkey where it addressed valuable touristic, historical and cultural highlights in the country. The publication, organized by Hamburg-based international content management agency UCOM Global, emphasized that Turkey is a tourism paradise and invited Germans to see the country. The 16-page publication included an interview with Dietmar Gunz, the CEO of FTI, which is one of the largest tour operators in Germany and brings the largest number of German tourists to Turkey. Gunz praised the Turkish tourism sector and stressed that they would continue to invest in Turkey.

CEO of the German tour operator Gunz stated that the tourism industry is Turkey's strong and positive envoy on an individual level and on strong business relations, adding, "Countries that do not know Turkey well and do not regard it as a holiday destination yet will play a very important role in the development of Turkey and Turkish tourism."

Indicating that the number of foreign tourists visiting Turkey will continue to increase every year, Gunz said that Turkish cuisine, golf and sports tourism, spa quality and holiday opportunites throughout the year are the major reason for this increase, adding, "New destinations in Turkey will support this growth. Turkey is a safe country with very few visa and travel restrictions."

Expressing that Turkey is not only the most important market for them but also the most important country for their global growth targets, Gunz added, "We are all over Turkey with our team of 3,000 people. We will continue to invest and increase our investments in Turkey this year as well."

It has not gone unnoticed that the date of the publication coincides with the ITB Berlin Travel Trade Show which kicked off today. Copies of today's issue of FAZ have been distributed at the show.

The publication features Turkey's touristic, historical and cultural highlights such as special spots in Istanbul, Odunpazarı in Eskişehir, one of the most prominent cities in Anatolia, Atakule in Ankara, which comes to the fore with health tourism, the turquoise waters of Marmaris, Fethiye and Bodrum, along with great holiday opportunities in Antalya, a favorite tourism sport for Germans.

Last year, 4.5 million German tourists visited Turkey and Germans ranked second after Russians as visitors to the country. Turkey's largest metropolis Istanbul and tourism capital Antalya were the most visited provinces. Meanwhile, the Turkish Ministry of Foreign Affairs denied on Tuesday claims of "mistreatment of Germans" traveling to Turkey. Turkey will continue to welcome tourists coming from all over the world with hospitality, the ministry said Tuesday evening in response to the "baseless allegation" made in the German media.

"In some German media outlets, unfounded reports have been aired about possible mistreatment of Germans traveling to Turkey," the ministry's spokesman Hami Aksoy said in a statement. Aksoy said that the news did not reflect the truth.

"Clearly, the statements of our Minister of the Interior [Süleyman Soylu] with regards to the fight against terrorism were deliberately taken out of context and distorted," Aksoy said. "As always, Turkey will continue to welcome tourists from Germany and all other countries with traditional Turkish hospitality," he added.