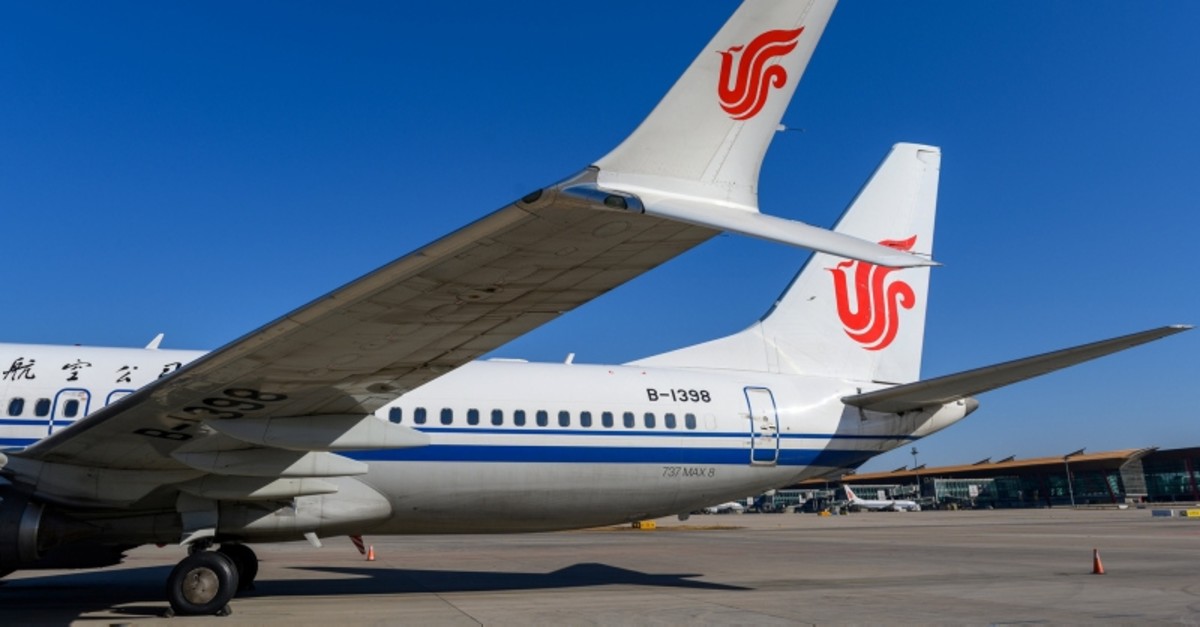 Aviation authorities in China, Indonesia and Ethiopia ordered airlines on Monday to ground their Boeing 737 Max 8 planes after one of the aircraft crashed in Ethiopia, killing all 157 people on board.

Shares of Boeing plummeted by more than 12 percent on Monday in premarket trading. Toward 1300 GMT, Boeing, a member of the Dow Jones Industrial Average, had dropped 12.3 percent to $371.32 a share, dragging down futures for the Dow and helping put Wall Street on track for a sixth day and threatening to wipe as much as $30 billion from Boeing's market capitalization.

The crash of the Ethiopian Airlines jet shortly after it took off from Addis Ababa on Sunday is drawing renewed scrutiny of the plane just four months after a similar crash of the same model of aircraft in Indonesia that killed 189 people.

A spokesman for Ethiopian Airlines, Asrat Begashaw, said the carrier had grounded its remaining four 737 Max 8 planes until further notice as an "extra safety precaution."

The airline had been using five new 737 Max 8s and awaiting delivery of 25 more. Asrat said the search for body parts and debris from the crash was continuing.

China's Civil Aviation Administration said that it ordered airlines to ground all 737 Max 8 aircraft as of 6 p.m. (1000 GMT) Monday, in line with the principle of "zero tolerance for security risks."

It said it would issue further notices after consulting with the U.S. Federal Aviation Administration and Boeing.

China Southern Airlines is one of Boeing's biggest customers for the aircraft.

Director General of Air Transportation Polana B. Pramesti said the grounding was taken to ensure flight safety and ensure the planes are airworthy.

There are currently 11 Max 8 planes operated by airlines in Indonesia including 10 by Lion Air and 1 by the national carrier, Garuda.

Cayman Airways said it was temporarily grounding the two Boeing 737 Max 8 aircraft it operates, as of Monday.

Chicago-based Boeing said it did not intend to issue any new guidance to its customers. It plans to send a technical team to the crash site to help Ethiopian and U.S. investigators, however, and issued a statement saying it was "deeply saddened to learn of the passing of the passengers and crew" on the Ethiopian Airlines Max airplane.

The 737 is the best-selling airliner in history, and the Max, the newest version of it with more fuel-efficient engines, is a central part of Boeing's strategy to compete with European rival Airbus.

"Safety is our number one priority and we are taking every measure to fully understand all aspects of this accident, working closely with the investigating team and all regulatory authorities involved," the company said in a statement.

The U.S. National Transportation Safety Board likewise said it was sending a team to help Ethiopian authorities. Boeing and the U.S. investigative agency are also involved in the probe into the Lion Air crash in Indonesia in October.

Like the Ethiopian Airlines crash, which happened minutes after the jet's takeoff from Addis Ababa, the Lion Air jet that crashed off Indonesia had erratic speed during the few minutes it was in the air.

Safety experts cautioned, however, against drawing too many parallels between the two disasters.

"I do hope though that people will wait for the first results of the investigation instead of jumping to conclusions based on the very little facts that we know so far," said Harro Ranter, founder of the Aviation Safety Network, which compiles information about accidents worldwide.

The situation will be better understood after investigators find and analyze the Ethiopian plane's black boxes, said William Waldock, an aviation-safety professor at Embry-Riddle Aeronautical University.

He said the way the planes both crashed — a fatal nosedive — was likely to raise suspicion. Boeing will likely look more closely at the flight-management system and automation on the Max, he said.

"Investigators are not big believers in coincidence," he said.

Boeing has delivered about 350 737 Max planes to scores of airlines and has orders for more than 5,000.

Shares in the company fell 9.6 percent Monday in pre-market trading.

Ethiopian has a good reputation and the company's CEO told reporters no problems were spotted before Sunday's fight. But investigators also will look into the plane's maintenance, which may have been an issue in the Lion Air crash.

Days after the Indonesian accident, Boeing notified airlines that faulty information from a sensor could cause the plane to automatically point the nose down. The automated system kicks in if sensors indicate that a plane is about to lose lift, or go into an aerodynamic stall. Gaining speed by diving can prevent a stall.

The notice reminded pilots of the procedure for handling such a situation, which is to disable the system causing the automatic nose-down movements.

Indonesian investigators are examining whether faulty readings from a sensor might have triggered the automatic nose-down command to the plane, which the Lion Air pilots fought unsuccessfully to overcome.

The Lion Air plane's flight data recorder showed problems with an airspeed indicator on at least four previous flights, although the airline initially said the problem was fixed.

Boeing Chairman and CEO Dennis Muilenburg said in December that the Max is a safe plane.