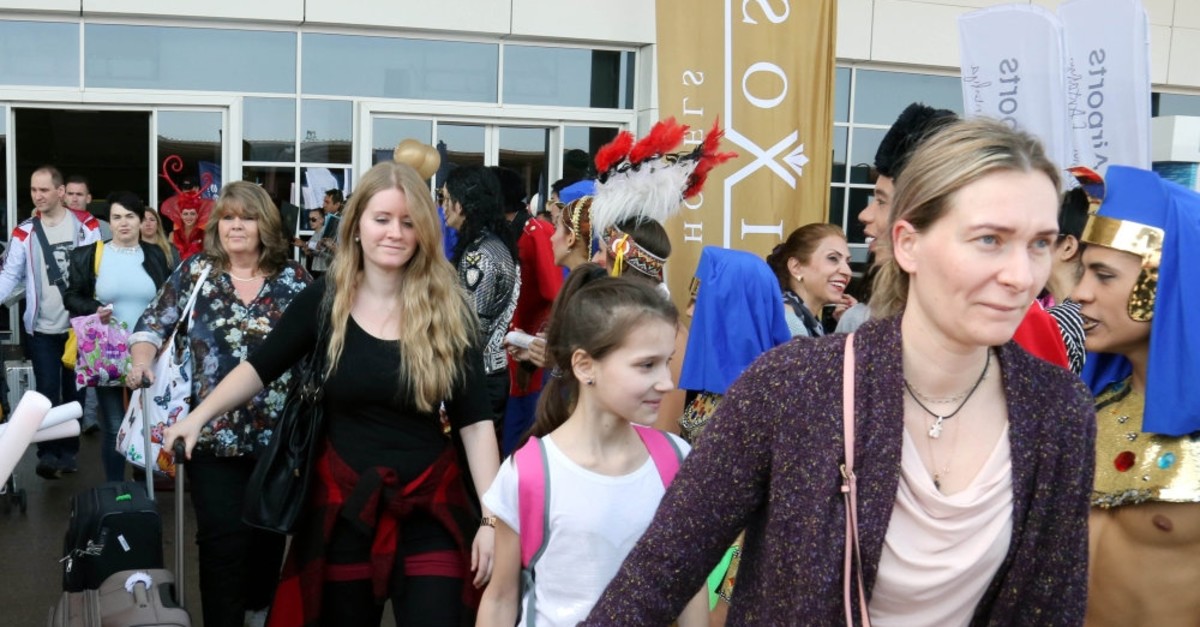 The Culture and Tourism Ministry is developing a master plan to boost Turkey's tourism revenues to up to $70 billion, in accordance with the revised goals for 2023 that focuses on the diversification of tourism activities

Turkey's tourism sector is positioned as a strategic industry that could help reduce the country's current account deficit, particularly at a time when the Turkish lira has significantly depreciated.

Turkey welcomed 39.5 million foreign visitors last year, a 21.84 percent increase year-on-year, according to the Culture and Tourism Ministry, while the national statistical body revealed that the country's tourism income surged 12.3 percent to $29.5 billion.Talking to the Turkish language daily, Sabah, Culture and Tourism Minister Mehmet Ersoy said in order to reach the target of $70 billion in revenue, it is necessary to focus on qualified tourism, accommodation capacity and qualified tourists. He stressed their project on creating the Tourism Master Plan continues in this context since per capita spending of tourists should be increased by 50 percent in order to achieve the new goal.

He pointed out that the Tourism Master Plan has been prepared to extend the duration of the tourism season and increase per capita spending. He said that faith tourism will be one of their priorities in this regard. "We are aware of the potential of our country in this matter and we are setting new routes for faith tourism in order to make full use of it. In this area, we will determine the target market and the masses of visitors and carry out market-specific promotional activities."

He identified gastronomy as another one of their priorities. "We want to become a center of attraction by revealing the richness of our country's gastronomy, especially for the high-income group we are trying to reach in the new period," Ersoy said.

Noting that the development of health tourism in terms of medical health is carried out within the Ministry of Health, he said in the priority regions determined in the thermal tourism centers, planning works for the establishment of Cure and Rehabilitation Centers, are underway for the purpose of developing points of attraction that will allow the use of geothermal resources for therapeutic purposes. He further argued that these would spread tourism across 12 months and increase diversity, adding that they expect these works and projects to increase Turkey's tourism revenues, as well as per capita spending.

Ersoy said they have plans to develop different tourism types, such as gastronomy, faith and congress tourism, to diversify the tourism market. "We are carrying out special promotional activities to increase our shares in the Far Eastern countries, such as China, India, South Korea and Japan," he said, recalling that they have signed a protocol with the Education Ministry in order to train qualified personnel who can provide services to qualified tourists.

The minister said that the Tourism Ministry's General Directorate of Research and Education has organized vocational tourism education programs in order to increase the quality of service. "These training programs, which are organized as 'On-the-Job Training Courses,' are attended by approximately 4,000 sector employees each year. To date, 94,550 people have been given a Certificate of Participation," he added.

Talking about the Tourism Development Fund, Ersoy said that seven of the 10 countries with the highest tourism income in the world have funds and these countries get more than one-third of the world's tourism revenues.