Growing number of flights from China to Turkey boosts tourism 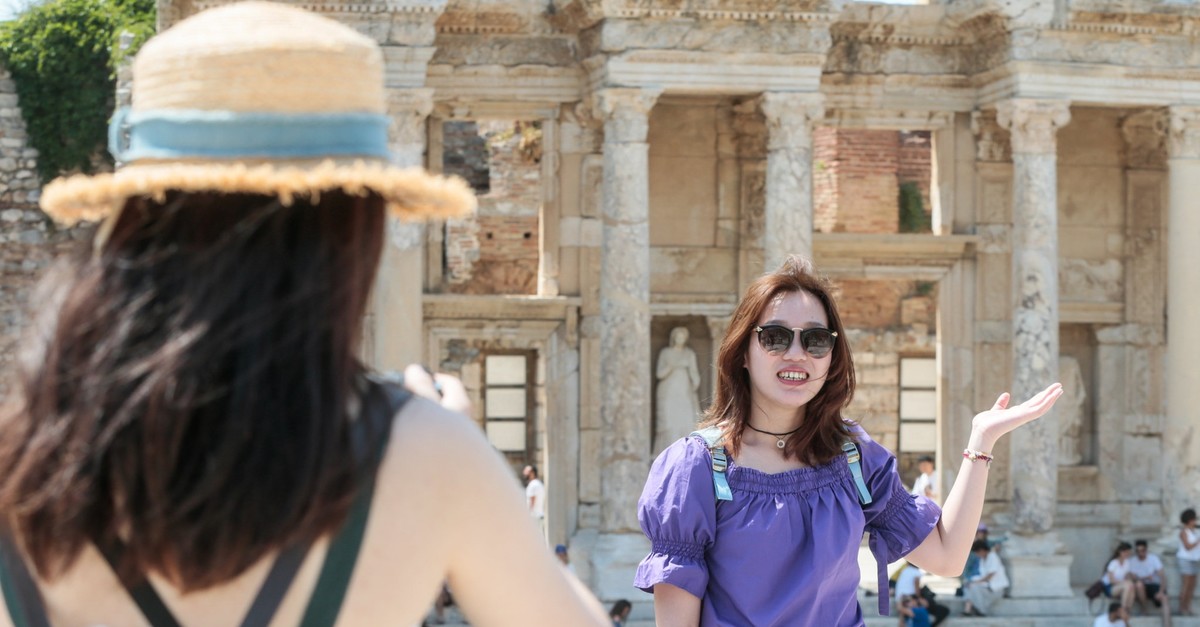 As the number of Chinese tourists visiting Turkey has been on the rise again, Chinese airlines are resuming their flights to the country and new ones are entering the Turkish market. The two countries are working to increase the number of tourists to 1 million. The fact that China Southern Airlines, China's largest airline company, has resumed its flights from Beijing to Istanbul three times a week has been positively reflected in the number of tourists arriving. In addition, important steps have been taken to further boost the air traffic, which is expected to raise the number of Chinese tourists to 500,00 a year.

According to the Ministry of Culture and Tourism, 394,000 Chinese tourists came to Turkey, a 59 percent increase, in 2018. After Sichuan Airlines, which will begin flights from Chengdu, the homeland of pandas, to Istanbul on April 30, China Southern Airlines will launch flights from Wuhan in addition to its Beijing-Istanbul line and Lucky Air is gearing up to schedule flights from Kunming to Turkey's financial hub. Thus, with new airlines flying to Istanbul from new destinations, the number of Chinese tourists will reach the 500,000 per year target.

According to the Chinese authorities, China Southern Airlines will launch flights to Istanbul from Wuhan, which is located in the middle of the country, three times a week from June. It was noted that these flights, which will be carried out using wide-bodied aircraft, will be in high demand.

Sichuan Airlines, on the other hand, will be flying from Chengdu, a Chinese city known for its pandas, to Istanbul tomorrow. Sichuan Airlines, with 139 aircraft in its fleet, offers regional flights to 93 destinations. Lucky Air, another leading airline in China, is also expected to fly from Istanbul to Kunming, the capital and largest city of the Yunnan province in the southwest of the country. The fact that the flights between the city, which is the center of a regional tourist hub and a gateway to Southeast Asia, will begin to increase the number of Chinese tourists. Currently, 34 flights travel between China and Istanbul. With the planned flights, the figure will increase by 20 or 25.

The fact that new airlines begin to fly to Istanbul from new destinations will bring an extra 100,000 passengers, thus exceeding the 500,000 threshold in the number of Chinese tourists arriving in Turkey.

The Chinese authorities reported that Cappadocia, Pamukkale, Ephesus and Istanbul take the lead as Chinese tourists' favorite spots in Turkey. A Chinese citizen visiting the country spends an average of $1,000.

In 2017, Chinese tourists spent an average of $1,985 per capita worldwide, amounting to $258 billion in total. Meanwhile, 2018 had been declared the "Turkey Tourism Year" in China. Turkey's flag carrier Turkish Airlines (THY) flies to Beijing, Shanghai, Guangzhou and Hong Kong in China. In addition, THY continues its activities to fly to new destinations in the country and to make joint flight agreements within this scope. In order to increase passenger satisfaction, THY also employs cabin crew who speak Chinese. The national flag carrier currently has a total of 40 flight attendants fluent in Chinese.