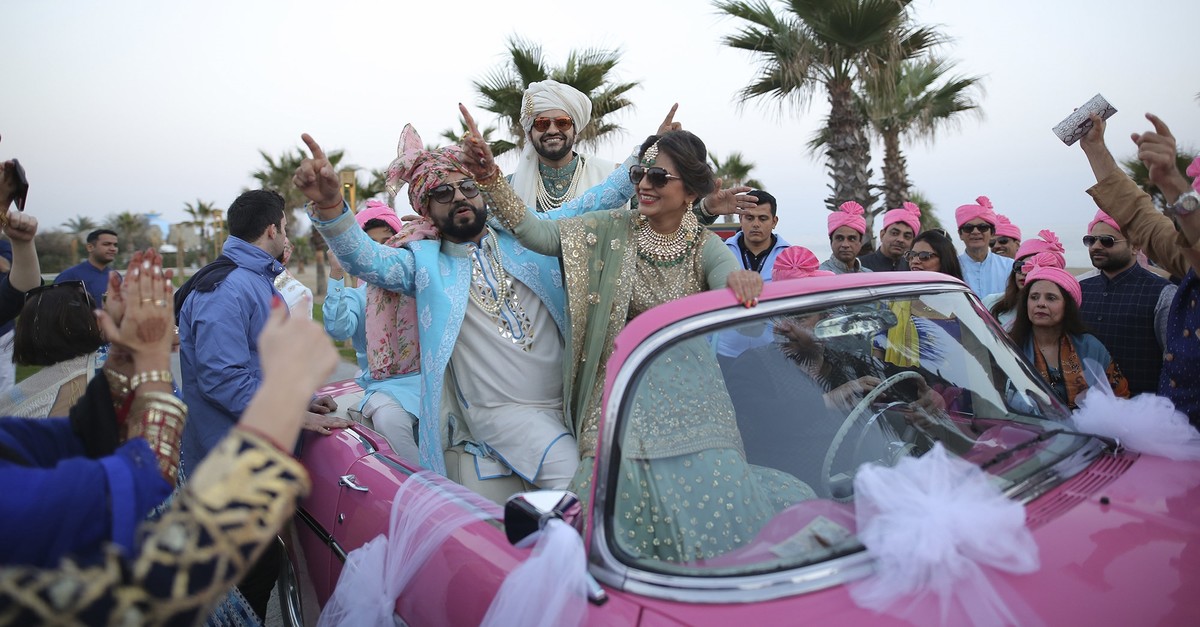 Turkish tourism professionals have started promoting the country worldwide to take a larger share of the $1 trillion event market.
by Daily Sabah with AA May 15, 2019 12:03 am

Turkish tourism sector representatives have started promoting the country worldwide to partake in more of the $1 trillion weddings and meetings, incentives, conferences and exhibitions (MICE) markets, which have made notable progress in recent years.

Organized for the fourth time this year, the International MICE & Wedding Forum (IMWF2019) brought together decision-makers guiding the international destination weddings and MICE sector in Antalya.

Inventum Global Managing Partner Bünyat Özpak told Anadolu Agency (AA) that they had their top season in the history of tourism last year in terms of Indian weddings.

Özpak stated that they expected to reach twice as much as last year's figure in wedding organizations this year. "India leads the way in the number of wedding organizations in the world," he said. "The Indian market has started to grow slowly in Turkey, and we are now pursuing new countries. We have been concentrating on diverse and exotic markets such as China, Japan, South Korea, Indonesia and South America."

Özpak said the themes covered by event tourism are very comprehensive, including birthdays, Oscar Awards ceremonies, the Olympic games and weddings. Özpak pointed out that wedding tourism especially appealed to the high-income group, adding that the total market value for event tourism, including weddings, was about $1 trillion. "This market is spreading to countries with tourism capabilities," he continued. "Turkey is one of the most important countries with the ability to organize events. Our goal is to grow our share of the pie. We welcomed nearly 100,000 foreign groups from a 10-person high-profile birthday organization to the G20 summit of 2,000 people. We are a very strong and preferred country. We only have a lack of publicity at some points."

Bünyat Özpak said Turkey's annual tourism income was about $40 billion and that this figure could increase to $80 billion by 2023, stressing much higher income could be obtained from tourism.