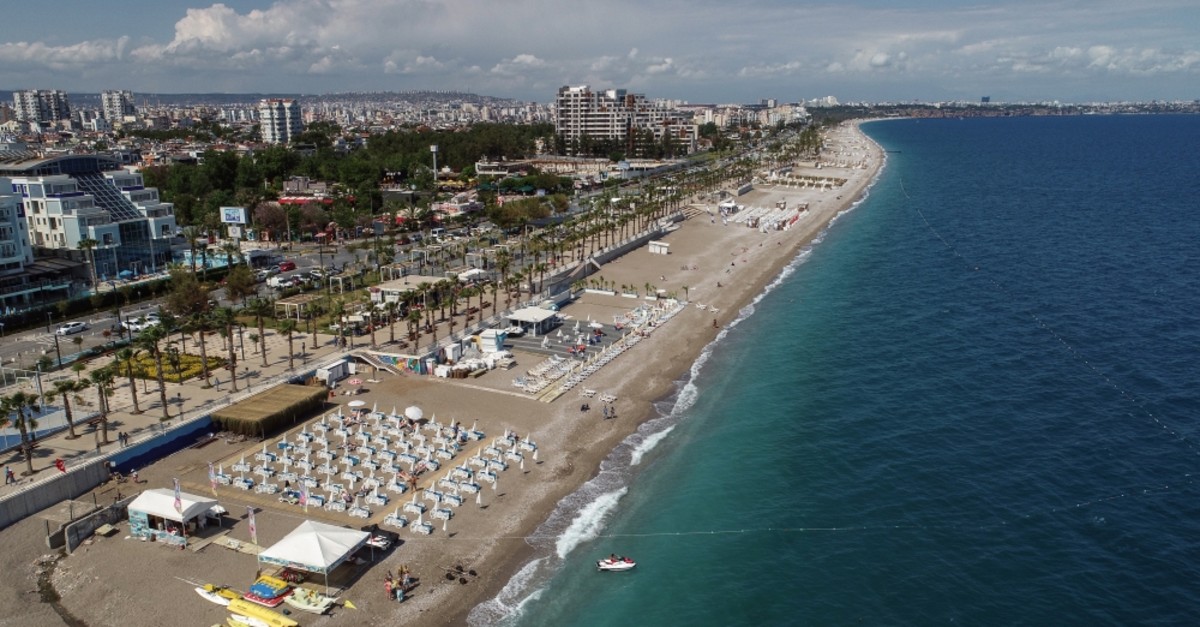 The number of foreign visitors coming to Antalya in the first four-and-half month increased by 24 percent compared to the same period last year.
by Daily Sabah May 17, 2019 12:06 am

In the first 4.5 months of this year, Turkey's top Mediterranean resort province Antalya welcomed 2.3 million tourists from 178 countries. The province hosted as many tourists as its own population of around 2.5 million. According to the Antalya Provincial Culture and Tourism Administration, the number of visitors in the period between Jan. 1 and May 15 recorded a 24 percent increase compared to the same period of last year.

In the first four and half month of 2018, Antalya had hosted nearly 1.9 million foreign visitors.

Russians topped the list of foreign tourists coming to the Mediterranean coastal town in the aforementioned period. The number of Russians rose by 30 percent and reached 819,406.

Germans ranked second with 475,198 visitors and were followed by 140,606 British tourists. Antalya also welcomed visitors from the Netherlands, Ukraine, Poland, Lithuania, Israel and Denmark. The Mediterranean resort city hosted 12.4 million foreign visitors in 2018, according to the Culture and Tourism Ministry.