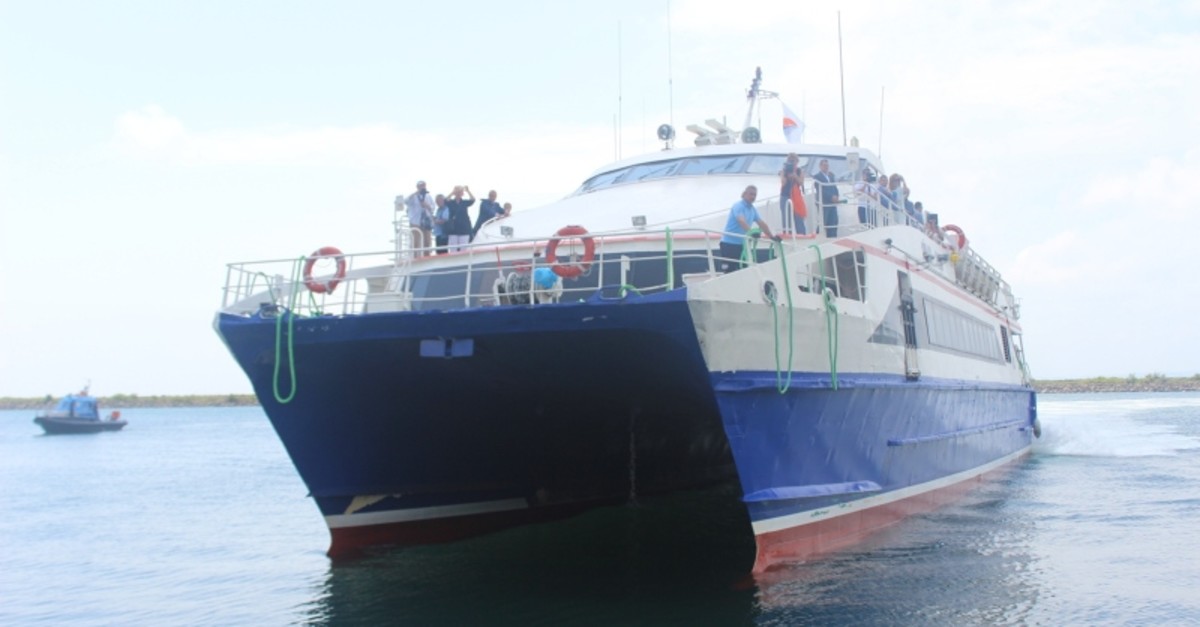 The first-ever sea bus transportation between Turkey and Bulgaria was started Tuesday, as a ferry carried passengers from the Bulgarian city of Burgas to the northwestern Turkish province of Kırklareli.

The first ferry, named Sinan Pasha, reached a port in the Iğneada district after five hours. Bulgarian authorities and press members were the first passengers to make the international voyage.

IDO Chairman Hasan Üstündağ said that they have succeeded in establishing the first service between the two countries and they will increase those services if they reach the predicted passenger potential.

District Governor Cafer Ekinci said that they will initiate the necessary work in order to increase the number of ferry services.