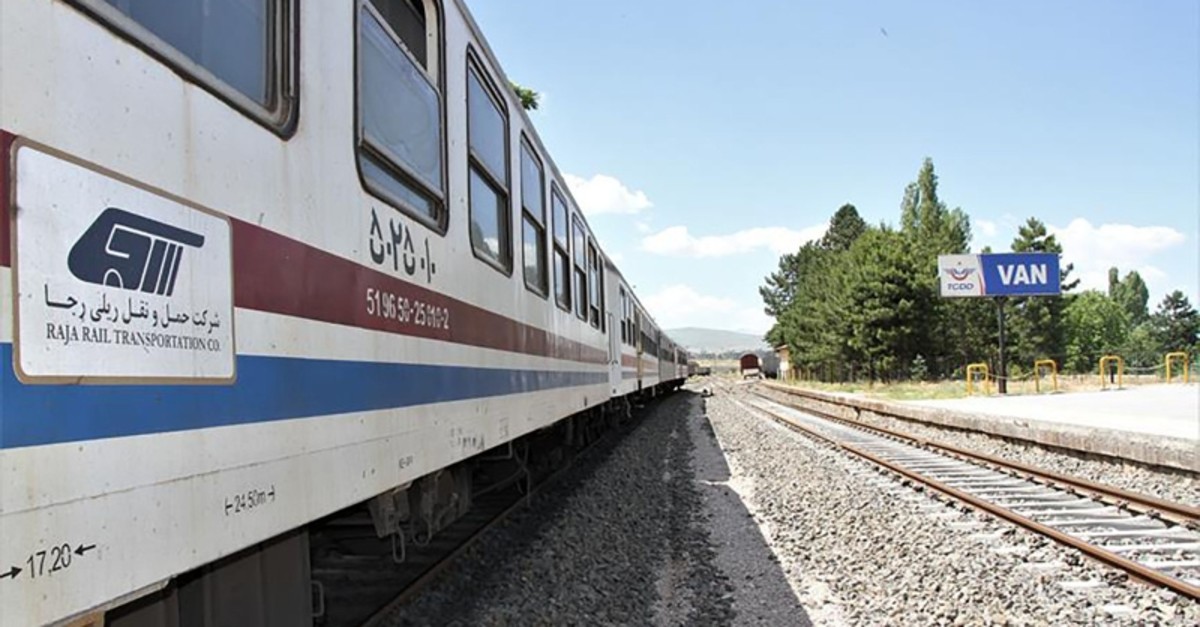 | Sabah File Photo
by Anadolu Agency Jun 24, 2019 5:33 pm
A new passenger rail service rolled out between Turkey and Iran on Monday, according to Iran's news agency.

The train which departed from Tehran at 9:30 a.m. is scheduled to arrive in eastern Turkish city of Van on Tuesday morning.

The train will stop midway at Tabriz, the capital city of East Azerbaijan province, in northwestern Iran, Muhammed Recebi, general director of Iran's Railway Transportation Company told Iranian Tasnim news agency. The train will depart for Tehran on the same day at 9 p.m from Van.

The train will operate once a week from Tehran to Van, and vice versa.

Rail passenger service between the two countries was halted in 2015, following attacks by the PKK terrorist organization. It was restored on the Van-Tabriz line last year.

Earlier this month, Iran's Deputy Minister of Roads and Urban Development Saeed Rasouli said that the train services are key factors to develop tourism between Iran and Turkey.

Minister of Transportation, Maritime Affairs and Communications Ahmet Arslan also said earlier this month that the line "is important for our country and for our region," adding that Iranian visitors can travel across Turkey from Van.