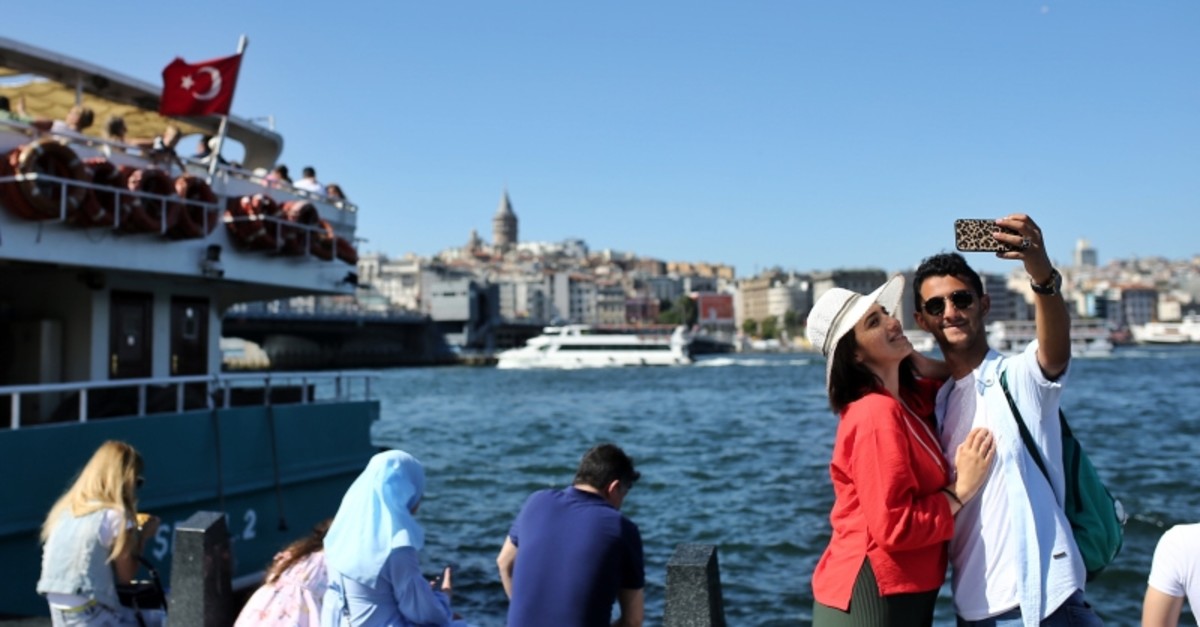 The number of tourists visiting Istanbul soared to a five-year high in the first five months of 2019.

Some 5.42 million tourists came to Turkey's largest city between the months of January and May this year, recording an 11% increase year-on-year, the provincial governorate said Thursday.

"Istanbul, which is one of the world's tourism capitals thanks to its historical, cultural and natural riches, set a five-year record by hosting 5.4 million tourists in the first five months of this year. Istanbul is steadily moving closer toward its goal of (hosting) 15 million tourists in 2019," the statement said.

Germany topped the list of visitors by country with 394,925 people. Germany was followed by Iran, from which Istanbul received 337,428 visitors. Russians came in third with 290,985 visitors.

According to Istanbul Governor Ali Yerlikaya Istanbul currently ranks third in Europe and 10th in the world in terms of tourist numbers.

Since it is possible from Istanbul to reach half the world with a few hours of flight, Yerlikaya said Istanbul Airport has further strengthened the city's hub identity.

"We are number one in the world with our hotels, bed capacity, accommodations and service quality. Our price policies are quite competitive as well," he added. "All these make our Istanbul unique in all kinds of tourism. Our target is to enter the top three in all tourism headings and number of visitors."

The governor underlined that they are working with all the stakeholders of the city to realize the targets, saying 42 out of every 100 people visiting Turkey arrive in Istanbul.

The number of overall foreign arrivals in Turkey surged 11.3% year-on-year in the first five months of 2019, according to official data. Nearly 12.8 million foreigners visited the country this January-May, compared to 11.5 million in the same period last year.