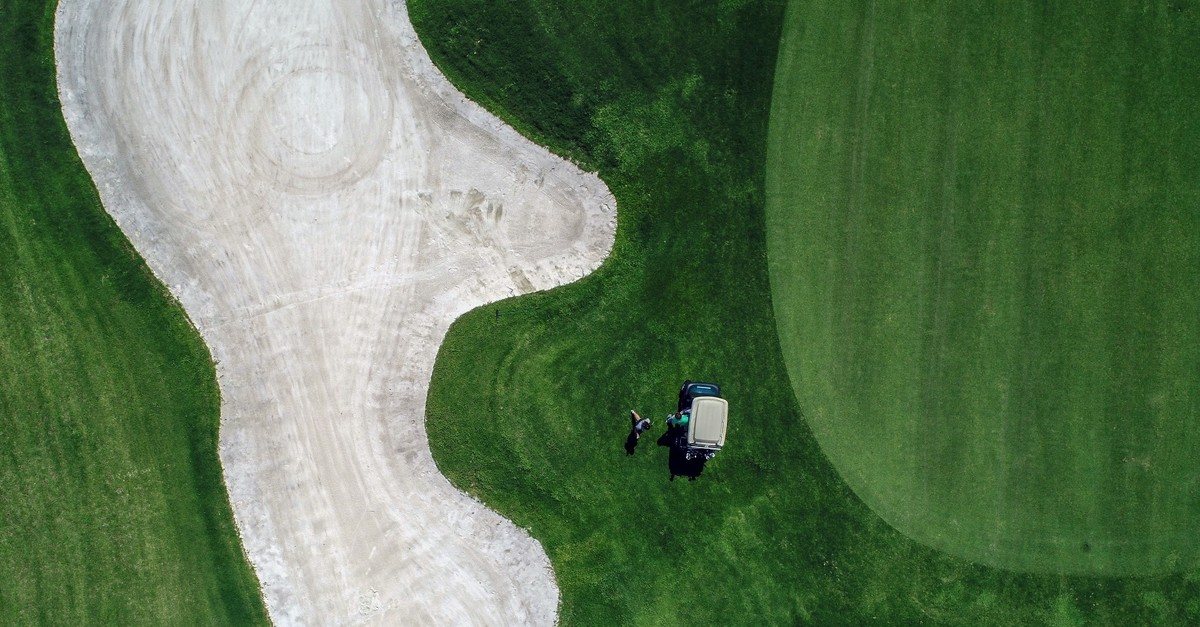 Five-star hotels and world-class facilities in Turkish resort destinations draw hundreds of thousands who look to enjoy golf at the highest standards. Estimates by golf tourism professionals indicate that the revenues from this high-end sport bring in around 135 million euros ($150.44 million) to Turkey every year.

The International Association of Golf Tour Operators Turkey and Antalya Golf Sports Club (IAGTO) President Cahit Şahin pointed to golf tourism as one of the qualified tourist practices. "It corresponds to an expenditure of around 1,100 to 1,200 euros per person. The player stays for a week and plays five rounds. An average of 135 million euros from 120,000 people per year is brought into the economy," he said.

On an annual basis, 120,000 people from Europe, Asia and the U.S. prefer the Antalya Belek Tourism Region, which has become one of the foremost golf centers in the world due to its climate, five-star hotels and high-standard golf courses.
In Antalya, one of the prominent tourist destinations in the world, besides sun, sand and sea, golf, especially in the winter season, contributes to the spread of tourism to 12 months.​

Şahin said that the first golf club was founded in in 1895.

Pointing out that golf started to revive in 1994 for tourism purposes in Antalya, Şahin explained that today Turkey is the preferred country for golf with its climate, five-star hotels and high-standard golf courses.​

Şahin stressed that of 22 golf courses in the country, 16 are in the Belek Tourism Center. "We have guests from Northern Europe, Asia, the Far East and the United States," he said. "Over 120,000 players come to Belek, and 550,000 rounds are played. Golf tourism is one of the qualified tourist practices put forward by Culture and Tourism Minister Mehmet Nuri Ersoy."

Depicting golf as an essential instrument for the spread of tourism to 12 months, Şahin said that the season starts in Belek in September and continues until the end of May, adding that it can be played in the early hours of the summer.​

Şahin noted that Foreign Affairs Minister Mevlüt Çavuşoğlu contributed considerably to the development of golf in Turkey. "Sport contains peace, friendship and brotherhood. We see that sport is a vital tool for communication even on issues that cannot be solved between countries, and Çavuşoğlu is doing it very well," he added.​

Şahin said that the Turkish Airlines Open Golf Tournament, held in Turkey since 2013 and considered one of the most prestigious golf events in the world, would be held in Belek on Nov. 6-10 this year. "Formidable names such as Tiger Woods, Justin Rose and Lee Westwood participated in the tournament," he added. "A total of 78 players will compete. Names have not been set yet. The Turkish Airlines Open Golf Tournament, which brings world-famous athletes such as Tiger Woods and Justin Rose to Turkey, also contributes to the promotion of golf and Belek. We see that guests coming for the golf tournament also take a holiday."

Underlining their wish to see Turkish athletes compete on such platforms, Şahin noted that considerable efforts were made in the field of golf to train young generations and that players carrying the Turkish flag on their chest could be seen in international events in the coming years.