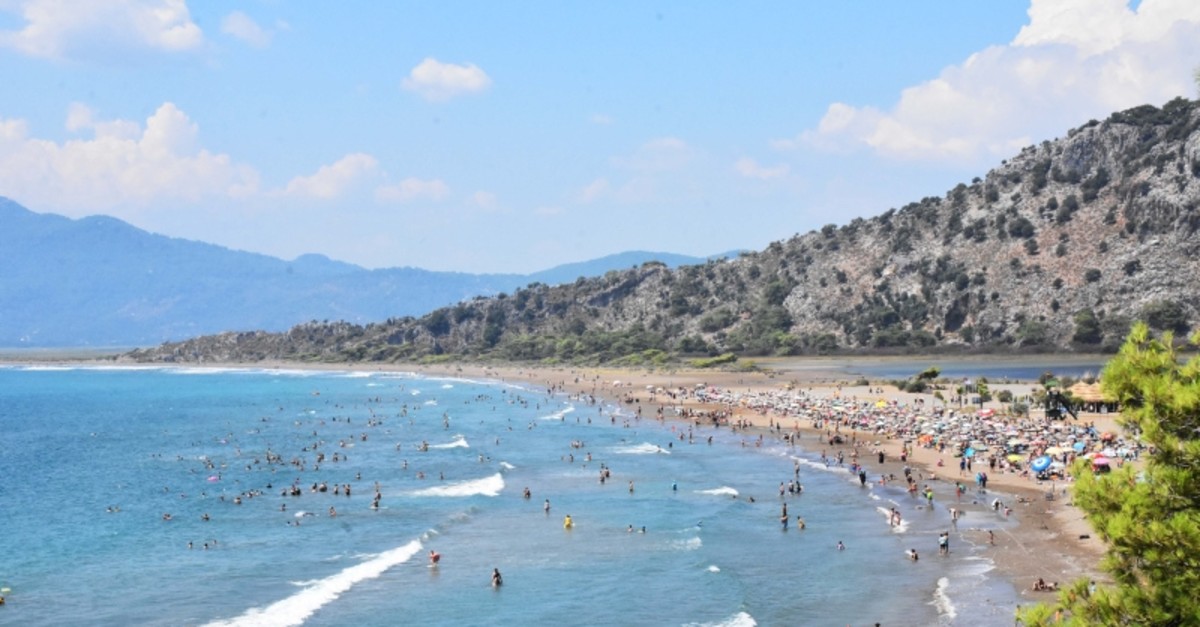 The fruitful period in tourism continues as Turkey enjoyed an increase in the number of tourists as well as income, welcoming over 18 million foreign visitors and earning more than $12.6 billion in the first half of this year

Turkey continues to enjoy a buoyant tourism season this year both in terms of the number of foreign visitors and income. The country has seen the number of foreigners visiting the country surge 13.2% on a yearly basis in the January-June period, according to Culture and Tourism Ministry, while tourism revenue jumped nearly 10% in the same period, according to the country's national statistical body.

Over 3 million Turkish citizens residing abroad visited Turkey in the first half of the year, a 4.27% rise from the same period in 2018, the Turkish Statistical Institute (TurkStat) said.

The historic metropolis of Istanbul continued to be Turkey's top tourist draw, attracting 37.5% of all visitors – at around 6.8 million. The Mediterranean resort city of Antalya followed with 29.56% or over 5.34 million foreign visitors in the first half.

Edirne, in northwestern Turkey, which borders both Bulgaria and Greece, saw the third-highest number of foreigners, with 1.8 million in the first half.

On the other hand, Turkey's tourism revenue hit over $12.6 billion in the January-June period of the current year, according to TurkStat.

According to statistics that TurkStat announces every three months, Turkey's tourism income hit nearly $8 billion in the second quarter of the year, up 13.2% from the same quarter last year.

The average expenditure of visitors in the January-June period stood at $649 per capita.

On the other hand, hotel occupancy rates across Turkey increased by 1.1% year-on-year to 63.8% in the first half of the current year, a report said Wednesday.

The average daily rate for rooms rose 7.7% to 69.8 euros ($77.8) during the same period, according to a Turkish Hotel Association's (TÜROB) report based on a survey conducted by data and analysis company STR Global.

Revenue per available room across Turkey stood at 44.5 euros in January-June, up 8.9% from the same period last year.

"Despite the rise in figures, Turkey fell behind the Europe average," the association said.

In Europe, the hotel occupancy rate was 69.7%, average daily rate for rooms was 110.6 euros and average revenue per available room was 77.1 euros, the report added.

It noted that Ireland posted the highest hotel occupancy rate across Europe with 76.1% while Sweden has the highest average daily rate for rooms with 199 euros in the first half of this year.