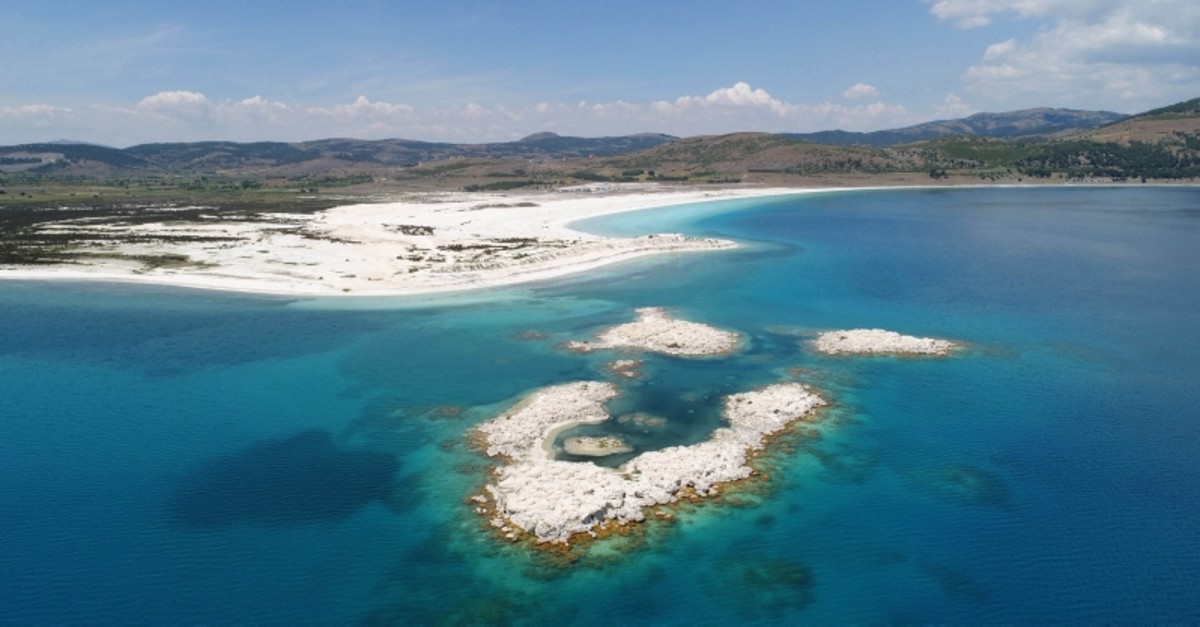 | DHA Photo
by Anadolu Agency
Aug 02, 2019 7:25 pm
Turkish authorities have restricted road traffic and construction around Lake Salda, which is also known as Turkey's Maldives due to its crystal clear water.

Speaking at a news conference on Friday in the northwestern province of Sakarya, Environment and Urbanization Minister Murat Kurum said a 295-kilometer (183.3-mile) area around the lake has been declared a protected area.

Kurum said they were acting on complaints filed by visitors to the area six months ago.

"Vehicles coming to the lakeside would damage the natural beauty. We immediately gave instructions to our governorate as well as the general directorates. From now on, no vehicles are allowed in the area anyway," he said.

He added that no construction will be allowed along 500 to 600 meters of the lakeshore, other than showers, changing rooms and a mosque.

First lady Emine Erdoğan also drew attention to the issue and said Lake Salda was one of Turkey's rare beauties.

"I believe that our ministry has put in a sincere effort to protect the area from its rough usage in the past. I'll be following the issue closely," she wrote on Twitter.

The lake in the northwestern Burdur province, in southern Turkey, has been a popular destination for tourists in recent years with its white beach and clear water.