Terror-free Tunceli greets tourists with tranquility of a seaside town 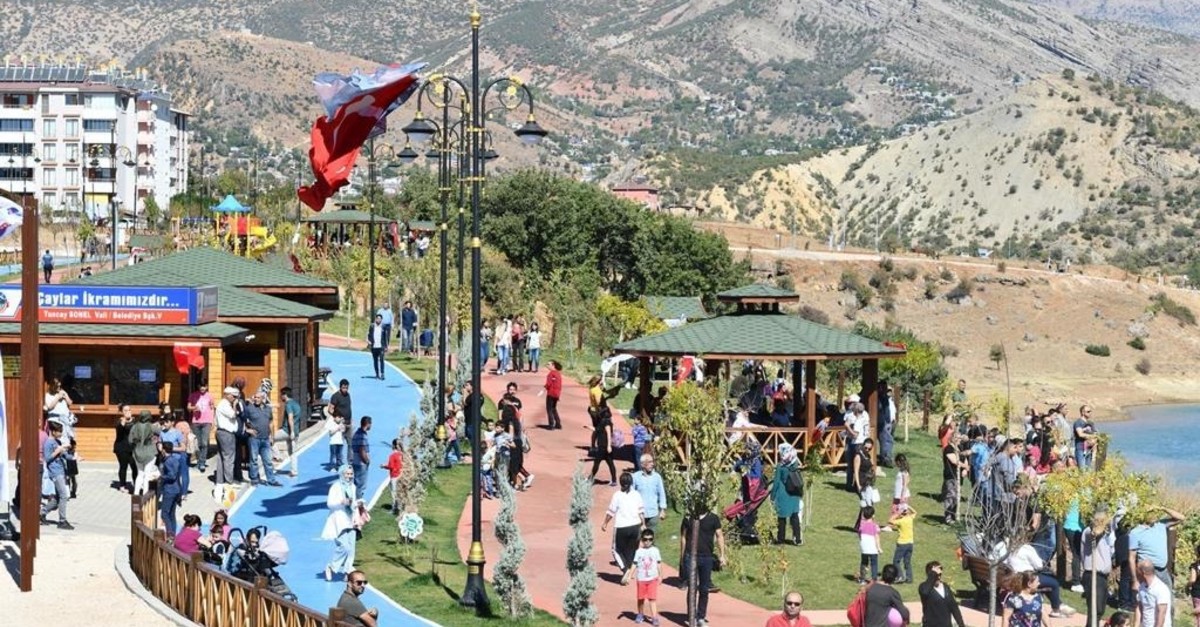 Cleared of terrorist threats, eastern Turkey's landlocked Tunceli now feels a lot like a Mediterranean or Aegean coastal city, thanks to the peaceful environment achieved through recent investments.

The city is quite fascinating thanks to its natural beauty – white in winter and green and blue in summer. It has won the hearts of tourists with its historical and natural wonders.

Besides its notable landmarks like Munzur Valley National Park, the Munzur River, Pülümür Valley and Munzur Springs, Tunceli comes to the fore with its rich flora and riverside holiday regions.

The city, which has recently hosted national and international organizations, now stands out with its tourism potential and not terrorism, which has suffered heavy losses thanks to the decisive and successful operations of the security forces.

The city recently hosted the Turkey Paragliding and Aerobatic Championship, Turkey Rafting Championship, Turkey Water Jet and Flyboard Championship and Rafting R4 World Championship. The events were participated by hundreds of athletes from more than 20 countries. Thanks to the events, Tunceli has become a top destination for thousands of local and foreign athletes. The city also offers bicycle tours and camping areas, as well as a zipline station, a rafting and canoeing center at the "Martyred District Governor Muhammet Fatih Safitürk Water Sports Center" on the shores of the Munzur River. The sports complex is part of the province's "Strengthening of Natural Sports Infrastructure in Tunceli" project.

'NOT WHAT IT USED TO BE'

Tunceli Gov. Tuncel Sonel said the citizens, who had been worried about going out after 7 p.m. in the city due to terrorism, are now relieved of their concerns with the establishment of a safe environment. He highlighted that the citizens could now have a nice walk with their families until late at night.

"Tunceli, with its magnificent nature, seven beautiful districts, endemic plants, wildlife, reverse tulips, local delicacies, and red-spotted trout, invites our citizens," Sonel told Anadolu Agency (AA). "We found new investors. New facilities with the tent-hotel concept in harmony with nature were opened. Tunceli is not what it used to be. It has undergone a beautiful change. As a city of peace, tourism and sports, Tunceli has begun to accomplish firsts in this scope," he said.

He added that the city, identified with terrorism until a few years ago, has now become a city of peace with the support of President Recep Tayyip Erdoğan and Interior Minister Süleyman Soylu, as well as the successful operations carried out by the heroic security forces.

Sonel said with the support of the state the face of Tunceli changed in a short time. "Almost 90% of terrorists have been neutralized so far. There is a small number left at the moment and they will also meet their end. In the determination of our state, the fight against terrorism will continue."

"Meanwhile, we try to show our state's compassion, warmth and smiling face to our citizens, disabled families, martyrs, veterans and elderly people. With this unity and solidarity, good works emerge. Not one person has joined terrorist organizations for two years which is a great development."

Governor Sonel pointed out that Tunceli gained a different image with the new projects. "Tunceli, now a holiday city, almost looks like the Mediterranean and Aegean coasts," he said. "Tourists relax in the summer heat by swimming in the cool waters of the Munzur River. The city has magnificent nature, and the Munzur Valley is worth a visit with its endemic plants and local delicacies."

Sonel further stressed that the perceptions about the city have changed. "Tunceli has what you can find when you go to the holiday resort and even more. Our city draws both local and foreign tourists with its beautiful weather and magnificent nature. Until a few years ago, there was a security concern, and now our citizens are enjoying these magnificent beauties in peace until late at night," he said.