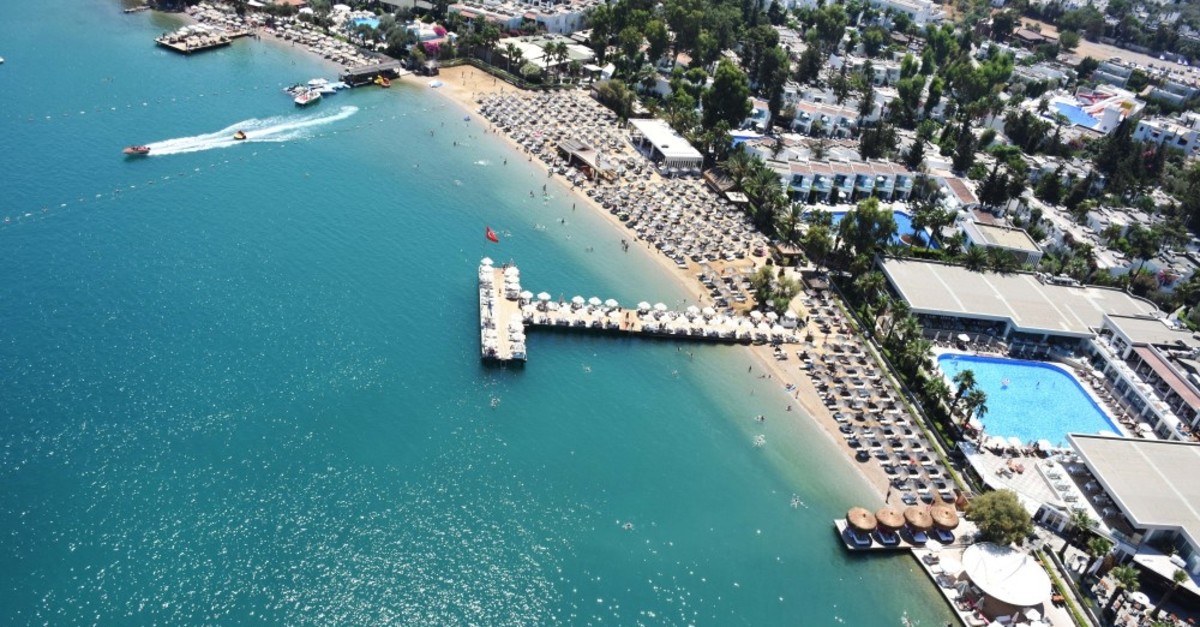 The resort provinces of Antalya and Muu011fla particularly enjoyed an influx of local and foreign tourists during the Qurban Bayram holiday.
by Daily Sabah with AA Aug 16, 2019 12:18 am

No room was left in holiday resort towns across Turkey during the Qurban Bayram holiday, which saw millions hit the road and ramp up their expenditures

Public holidays such as Qurban Bayram (Eid al-Adha) give people in Turkey an opportunity to reunite with friends and family living in other parts of the country. They also provide major boosts to the local tourism industry. This week's bayram holiday, which extended to between five and nine days, was no different. Millions of people across Turkey hit the road even before the actual holiday began. While many of them decided to spend the holiday with their families in their hometowns, others flocked to popular tourist destinations and resort towns.

Local tourists ramped up expenditures, making a huge contribution to economic activity and the local economy.

Visited by millions of people every year, the Mediterranean holiday resort of Antalya and the Aegean province of Muğla particularly enjoyed an influx of local and foreign tourists during the break, pushing up occupancy rates at hotels and other facilities. The world-famous Konyaaltı beach in Antalya, the fascinating turquoise color of the Kaputaş in Antalya's Kaş district, renowned for its crystal-clear sea, the captivating historical texture of Phaselis in Kemer, Gazipaşa's King's Bay with its natural beauty, natural pools and the Cleopatra beach in Alanya were frequented by local tourists.Muğla's Ula district, which has a population of 4,000, hit 100,000 overnight visitors during the holiday. Visitors in the district pushed occupancy with their interest in daily boat tours.

Thousands flocked to other famous holiday spots like Bodrum, Marmaris and Fethiye.

There were approximately 450,000 accommodations during the break, according to Atmaca, who noted the high-interest tourists showed in the last long holiday of this year.

"During the five-day holiday in Antalya, the tourism movement totaled 700,000 people with around 600,000 foreigners and around 100,000 local tourists," Yağcı said, noting that hotels and accommodation facilities were fully booked. This year's tourism season goes in line with expectations, says Osman Ayık, chairman of the Turkish Hoteliers Federation (TÜROFED). "There was density in all regions throughout the country. Serious amount of trips was made during the holiday," he noted. "It was already a period of heavy tourist traffic in coastal areas."

The great mobility during the break also pleased the tradesmen in the region, according to Association of Turkish Travel Agencies (TÜRSAB) Alanya Regional Executive Board President Bilal Korkmaz.

The famous touristic neighborhood of Akyaka, in Muğla's Ula district, also enjoyed an influx of tourists, according to Ula Mayor Ismail Akkaya.

"We accommodated 25 times as many guests as our population. We had a profitable holiday," Akkaya said.

No place was left in any of the accommodation facilities in Marmaris as well, pleasing both shopkeepers and hoteliers in the region, South Aegean Hoteliers Association (GETOB) President Bülent Bülbüloğlu said. Chamber of Shipping Marmaris Branch President Halil Bağlı also added that all boats reached full occupancy every day during the holiday, stressing 15,000 holidaymakers went on daily tours in Marmaris.

"Gulets carried 5,000 vacationers to the bays on blue tours. During the holiday, approximately 20,000 holidaymakers enjoyed the blue tour every day," he added. Fethiye Hoteliers Association (FETOB) President Bülent Uysal said hoteliers and tradesmen also experienced profitable days in Fethiye, while the number of tourists visiting renowned Ölüdeniz region crossed the city's actual population. Halil Özyurt, the President of Bodrum Hoteliers Association (BODER), also pointed to the fact that no room was left empty during the break in the famous resort town of Bodrum.

TÜRSAB Bodrum Regional Executive Board President Yüksel Aslan, on the other hand, noted that the second and third days of the holiday were particularly busy.