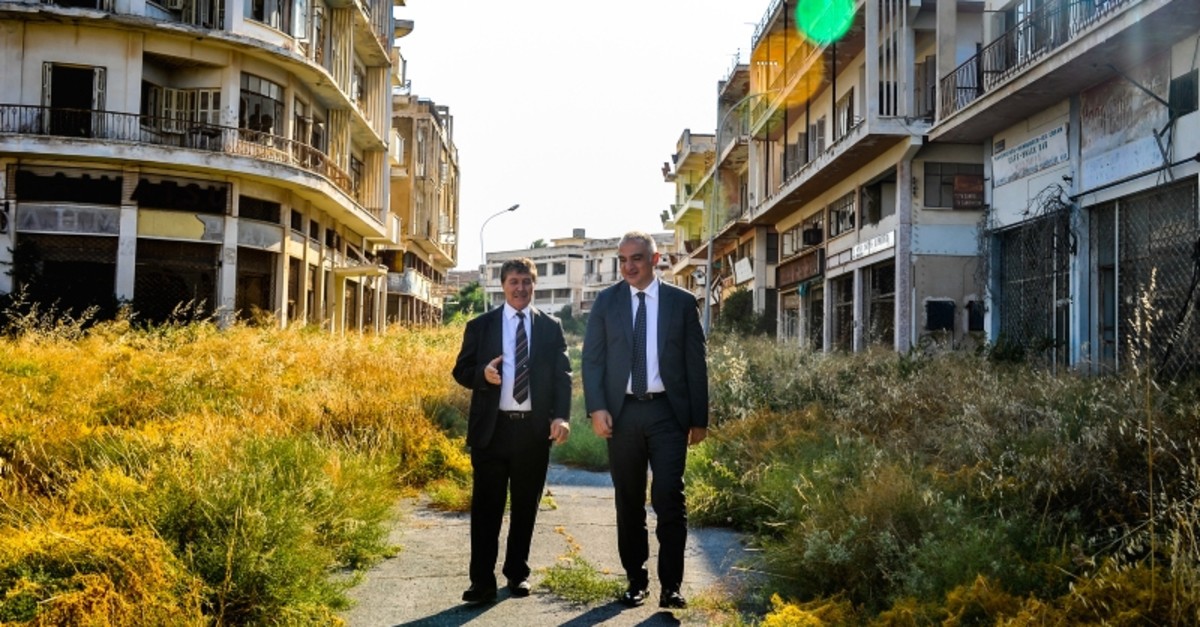 Officials from Turkey and the Turkish Republic of Northern Cyprus (TRNC) traveled Friday to Varosha (Maraş), an abandoned tourist resort in the northern part of the divided island.

Varosha is a ghost town where entry is forbidden, with the exception of the Turkish army personnel.

Ersoy said a project prepared by the TRNC will be submitted to Turkey's Culture and Tourism Ministry, which is ready to provide the necessary technical and financial support after an ownership inventory work is completed.

Varosha was abandoned after the United Nations Security Council passed Resolution 550 on May 11,1984, which barred the resettlement of the town.

The Turkish Cypriot government on June 18 announced its decision to reopen Varosha for settlement.