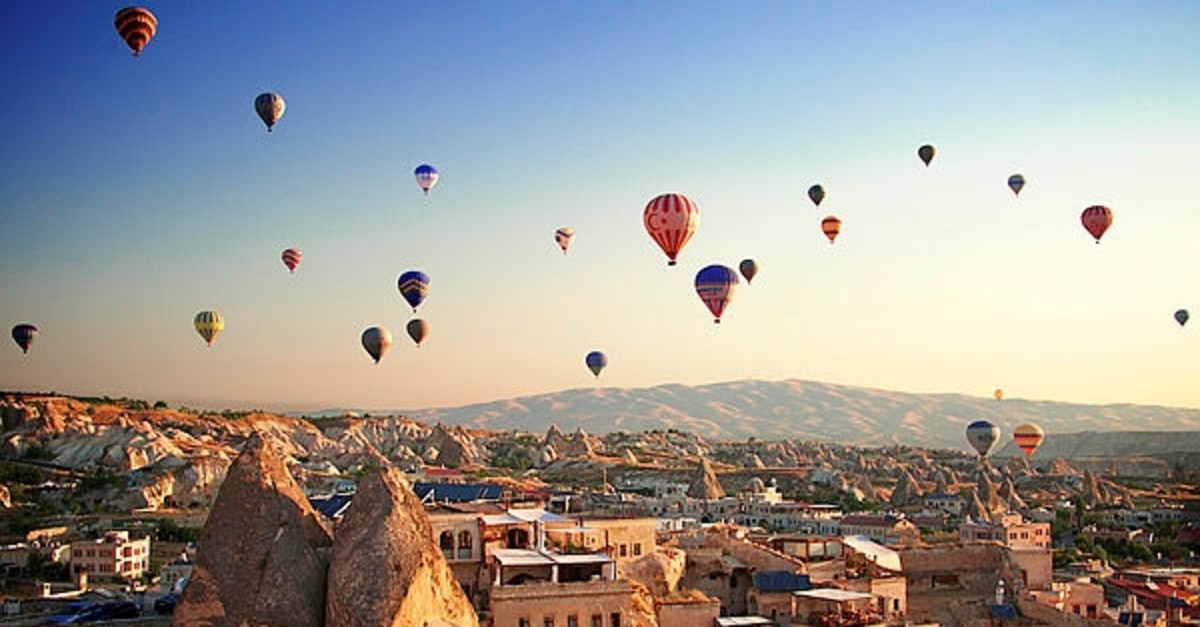 Balloon tours in Cappadocia are one of the most popular shots that go viral on the internet.
by Daily Sabah Aug 25, 2019 11:07 pm

Turkey maintains its popularity as a leading tourist destination with its unique coasts and rich natural beauty. Its natural wonders have inspired numerous users on TikTok, a popular short video app for smartphones.

The users have shared numerous video clips from Turkey's popular holiday destinations. Some of the videos use clever techniques and a lot of creativity. TikTok users have used the hashtag #Turkey in more than 4.1 billion posts in July alone, the busiest tourism period.

The natural beauty, cultural richness and foods of the Black Sea region have seen come to the fore on TikTok. In July alone, 568 million posts were shared with the tag #BlackSea.

In the Black Sea region, Trabzon was the leading holiday destination with 387 million posts, followed by with 200 million and Rize with 120 million posts.

Popular destinations on the Aegean and Mediterranean coasts, including Marmaris, Çeşme, Bodrum and Alanya, also featured heavily on the app.

TikTok users captured some unique moments on balloon tours and shared them with the world. Sunsets on the Cappadocia valley have become a top tourist attraction.

In Fethiye, videos of paragliding were popular among TikTok users. You can now explore all the natural and historical beauty of Turkey on the app.