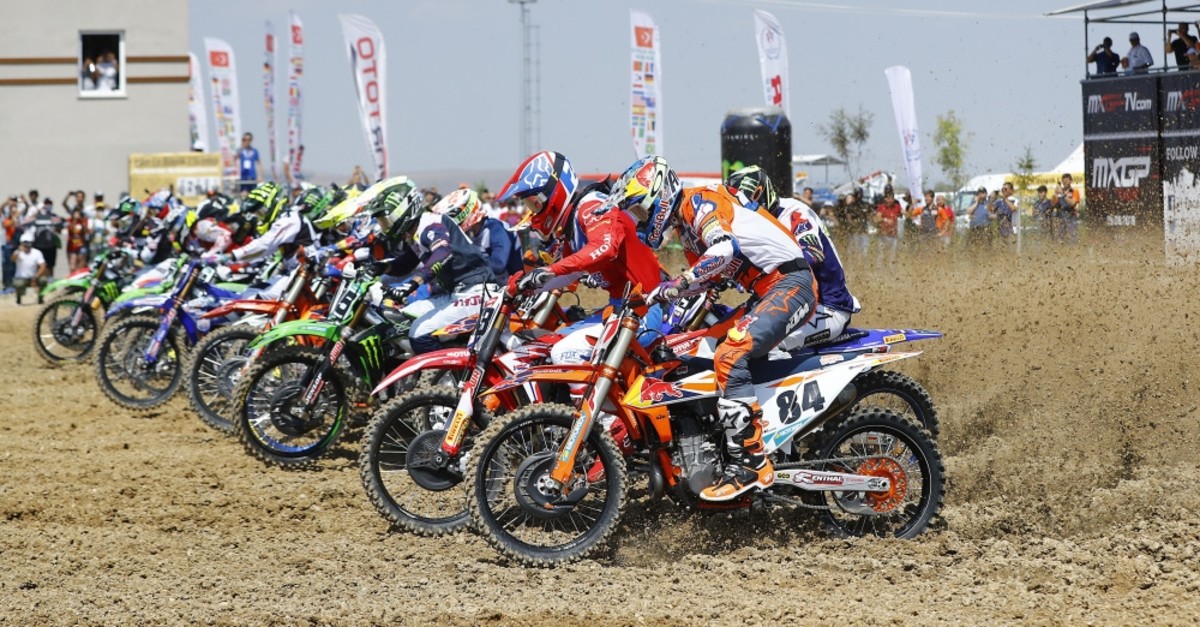 The Motocross World Championship (MXGP), to be hosted in western Turkey's Afyonkarahisar by the Turkish Motorcycle Federation (TMF), is expected to contribute 200 million euros ($220.25 million) to Turkey's economy.

The tournament will be held in Afyonkarahisar for the second time between Sept. 6 and Sept. 8, under the auspices of the Turkish Presidency. The event bears great potential and will have a major contribution to the country's promotion.

The Afyonkarahisar governorship and the municipality continue to prepare an area of 250,000 square meters for the event. Some 90 racers will compete in the MXGP, MX2 and WMX categories at the Afyon Motor Sports Center.

Equipment for the racers, teams and the International Motorcycle Federation (FIM) has already begun to arrive in Turkey.

The event will be broadcast live in 176 countries by 57 cable companies and a one-minute introductory film on Turkey will meet the audience before the race on Saturday, Sept. 7 and Sunday, Sept. 8.

Live broadcast of the event last year's event reached more than 1.8 billion sports fans across seven continents. With the addition of China's largest sports broadcaster Sina Sports this year, the audience's potential is expected to exceed 3.3 billion. The organization contributed 145 million euros to the promotion of the country last year with the addition of PR works of world-renowned manufacturers and brands. With the potential in China, this figure is expected to reach 200 million euros this year.

Last year, the two-day live broadcasts on FoxSports, one of the most-watched channels in the U.S. and the Americas used the name Afyonkarahisar 76 times and Turkey 135 times. Fox Sports commentators shared their comments on the success of the country in sporting events, while Eurosport, Europe's largest sports broadcaster, gave extensive coverage to Turkey's sporting successes.

In its comments about the Afyonkarahisar track, which received the best technical infrastructure award last year, Eurosport also included evaluations on the importance Turkey attaches to all sports branches.

Having hosted the Motocross World Championship for the first time in September last year, Afyonkarahisar showed a significant increase in Google searches in the September-December period compared to previous years in the same period.

In 2017 statistics, Afyonkarahisar was searched for 2.5 million times with words such as holiday, Turkish delight, marble, thermal and tourism throughout the world and this figure stood at 7.5 million in the September 2018-September 2019 period.

Videos and content about the organization reached nearly 56 million through social media networks of institutions and companies such as the MXGP organization, Yamaha, Kawasaki, Honda, Monster and FIM.

The event is expected to provide revenue of over TL 10 million to the region with transportation, accommodation, daily consumption and souvenir shopping over five days.