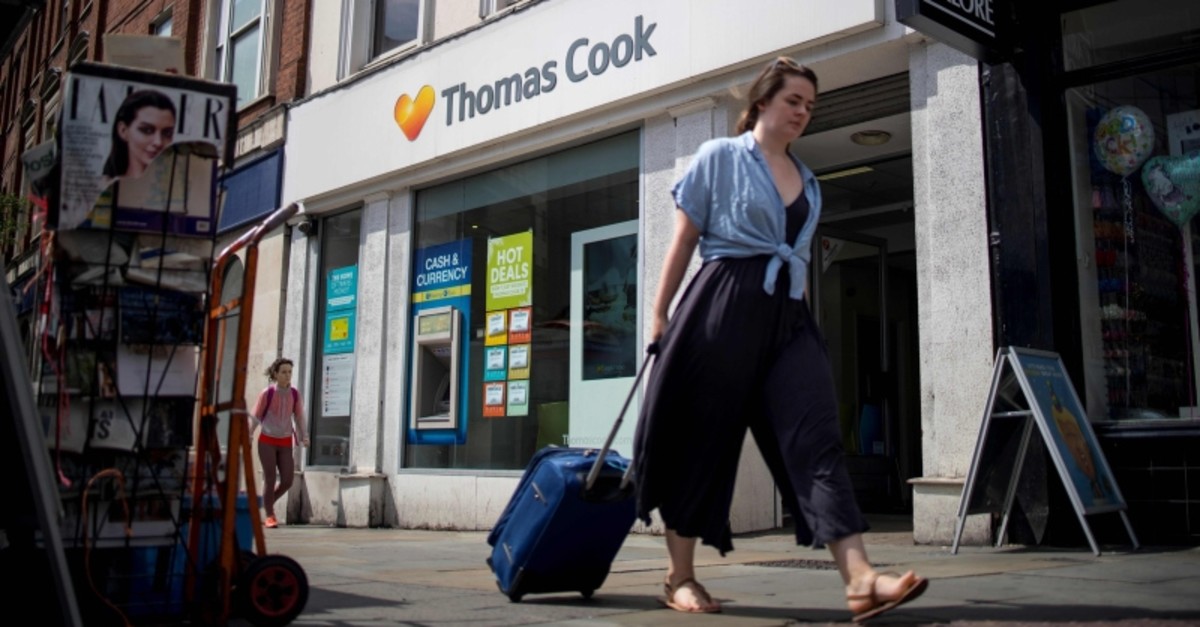 More than 600,000 travelers with Thomas Cook were on edge Sunday wondering if they will be able to get home as one of the world's oldest and largest travel companies teeters on the edge of collapse.

The company, which confirmed Friday it was seeking 200 million pounds ($250 million) in extra funding to avoid going bust, is in last-ditch talks with shareholders and creditors to stave off collapse.

Sky News reported that discussions were taking place Sunday at the London-based headquarters of law firm Slaughter & May. Thomas Cook would not comment on the report.

In that scenario, Britain's Civil Aviation Authority would likely be ordered to launch a major repatriation operation to fly stranded vacationers home, much in the way it had to when Monarch Airlines went bust nearly two years ago.

The financial difficulties are raising questions about the jobs of the 22,000 staff employed by Thomas Cook around the world, including 9,000 in Britain. The tour operator recently raised 900 million pounds ($1.12 billion) in new capital, including from its leading Chinese shareholder Fosun.

Unions and the main opposition Labour Party have urged the British government to intervene financially to save jobs if the company cannot raise the necessary funds.

Thomas Cook, which first started operating in 1841 with a one-day train excursion in England, has been struggling over the past few years for a variety of reasons.

In May, the company reported in half-year results that it had a net debt burden of 1.25 billion pounds and cautioned that political uncertainty related to Britain's departure from the European Union had led to softer demand for summer holiday travel. Heatwaves over the past couple of summers in Europe have prompted many potential vacationers to stay at home, while higher fuel and hotel costs have weighed on the travel business.

The company's troubles appear to be already afflicting those traveling under the Thomas Cook banner.

One British vacationer told BBC radio that the Les Orangers beach resort in the Tunisian town of Hammamet, near Tunis, was demanding that visitors pay extra money for fear it won't be paid what it is owed by Thomas Cook.

Ryan Farmer from Leicestershire told the BBC early Sunday that the hotel had summoned guests who were due to leave to go to its reception and "pay additional fees, obviously because of the situation with Thomas Cook."

He said many tourists refused the demand since they had already paid Thomas Cook, so the hotel's security guards shut the hotel's gates and "were not allowing anyone to leave."

It was like "being held hostage," said Farmer, who is due to leave Tuesday. He said he would also refuse to pay if the hotel asked him.

The Associated Press called the hotel, as well as the British embassy in Tunis, but no officials or managers were available for comment.