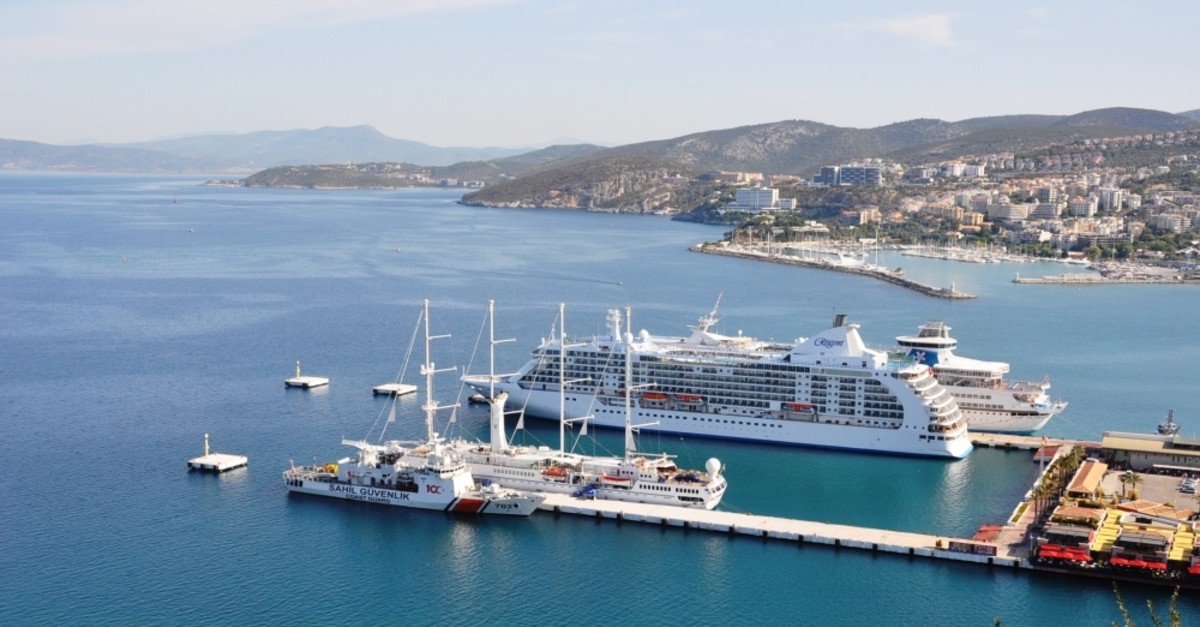 Enjoying a buoyant period so far this year, Ege Port in the Kuşadası region of the Aegean province of Aydın had one of the most active days of the season yesterday with the arrival of three giant ships.

Some of the 2,630 passengers, most of whom were Americans, took the bus to visit the historic sites of Ephesus in the Selçuk district of İzmir and the House of Virgin Mary, while 1,500 staff and some passengers preferred the downtown area of the city for shopping.

Aegean Port General Manager Aziz Güngör told reporters that they had one of the most active days of the season, recalling that since January, the port had welcomed 150 ships with 142,648 passengers and 359 ferries with 64,211 passengers on board.

Güngör also added that 48 cruise ships with 57,552 passengers and 123 ferries with 10,645 passengers would drop anchor in the last three months of the year.

"2020 will be the year of a swift breakthrough for both Turkey and Kuşadası in cruise tourism," he further stressed. "Over 300 cruise ships and 350,000 tourists will arrive at Kuşadası Port in 2020, but the real growth will be in 2021. Kuşadası Port expects to return to its former days as of 2021." Kuşadası is a famous holiday resort town and is situated conveniently close to major archaeological sites and the Dilek Peninsula National Park, one of Turkey's most biologically diverse areas. Kuşadası is also home to some of the region's most pristine beaches.