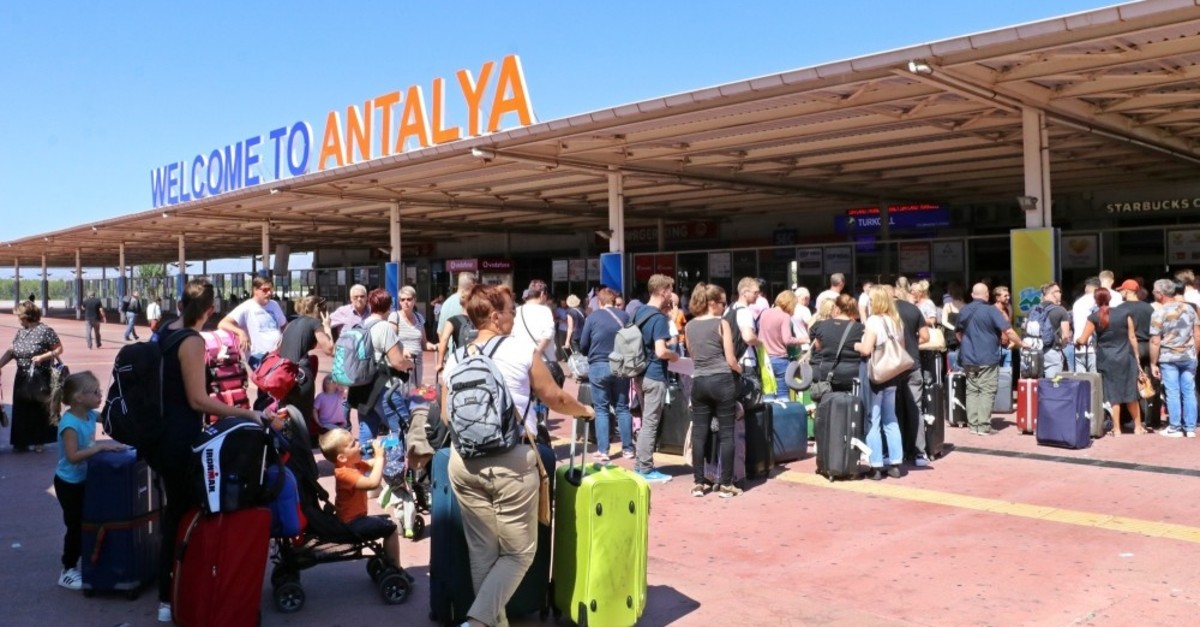 To meet the goals of its new income and market-oriented strategy, Turkey, among others, looks to raise average expenditure per tourist, diversify promotions and focus more on target markets

Turkey will be able to make up for the number of tourists lost after U.K.-based tour operator Thomas Cook went bankrupt earlier this week, Culture and Tourism Minister Mehmet Ersoy said Friday.

He also announced that several airlines were expected to increase the number of flights to the country. Speaking at a conference in Istanbul, Ersoy said Turkey's tourism strategy for 2023 targets over 75 million tourists and $65 billion in tourism revenue by 2023, the 100th anniversary of the foundation of Turkish Republic.

The figures were revised from 50 million tourists and $50 billion in tourism income. Tourism is a major source of income for Turkey. Nearly 40 million tourists visited the country in 2018, bringing in $29.5 billion, according to official data.

According to World Tourism Organization (UNWTO) 2019 data, Turkey ranks 6th in the world in terms of number of tourists and 14th in terms of tourism income.

The country welcomed more than 24.69 million foreign visitors in the first seven months of this year, according to the Culture and Tourism Ministry data.

The number of foreigners visiting the country rose by 14.1% in the January-July period, compared to the same period last year.

Touching upon the collapse of Thomas Cook, which brought 700,000 passengers to Turkey this season before it went bankrupt, Ersoy said he was unconcerned by the collapse and Turkey was holding talks with several airlines to add more flights into areas affected by the closure of the tour operator.

"Nobody should be concerned by this," said Ersoy. "By 2020, we will see an increase in the number of visitors to Thomas Cook destinations."

He said British budget airline easyJet had guaranteed that it will provide additional capacity for 350,000 people annually to Turkish holiday destinations.

Ersoy added that Turkish Airlines and its joint venture with Lufthansa, Sunexpress, would each schedule one additional flight per day to Dalaman Airport, located near several Aegean holiday destinations.

He said easyJet, British Airways and Jet2 officials would be in Turkey next week to discuss details and sign a deal to increase the number of flights.

The British tour operator collapsed and filed for liquidation Monday, sparking the largest peacetime repatriation effort in British history. The collapse left tens of thousands of holidaymakers stranded around the world. The British government is currently working on flights to bring Britain-based customers back home from these vacation spots.

The U.K.'s Civil Aviation Authority said on Friday that 72 flights were scheduled to operate during the day to bring back a further 16,000 people to the country.

The aviation regulator said it has brought back over 40% of the total number of passengers in the largest peacetime repatriation 'Operation Matterhorn' launched Monday.

A total of 21,033 Thomas Cook customers were initially on holiday in Turkey when the announcement came Monday. Their returns from holiday districts in the southwestern province of Muğla and the Mediterranean holiday resort Antalya, their favorite spots, continued throughout the week.

Officials on Friday said nearly 5,000 British tourists had left Turkey as of Thursday via 21 flights and that the process continued.

"A total of 4,920 tourists have returned to their countries via 21 flights," said the governor's office of the Mediterranean resort city of Antalya. Efforts are ongoing for the safe return of British tourists who came to Antalya with Thomas Cook reservations, the statement added.

Outlining the details of the new strategy, Minister Ersoy said Turkey is adopting a new income- and market-oriented strategy for sustainable growth in the tourism sector.

Among other things of great importance in the strategy is a major increase in worldwide promotion.

Ersoy pointed to the importance of the Turkey Tourism Promotion and Development Agency, which was established recently to promote and further develop tourism in the country.

He noted that the ministry's promotion budget, which was $18 million in 2018, was increased to $72 million this year as a result of policy change. As part of the new strategy, the minister said, the promotion budget with the Turkey Tourism Promotion and Development Agency is planned to be raised to $180 million over the next year and to $220 million by 2023. According to Ersoy, Turkey seeks to have 4 million tourists from the Far East and Oceania region by 2023, up from this year's projected 1 million.

"In the upcoming period, we will focus more on China, India, South Korea and Japan, which are considered as resource markets fueling world tourism growth," he said. "We expect the number of tourists coming from the Asia Pacific region to increase by more than 30% between 2018 and 2023."

Cruise ship arrivals are expected to nearly double with the imminent completion of two major ports in Istanbul, Galataport and Yenikapı port, due for construction, which will make the city a vital destination in cruise tourism.