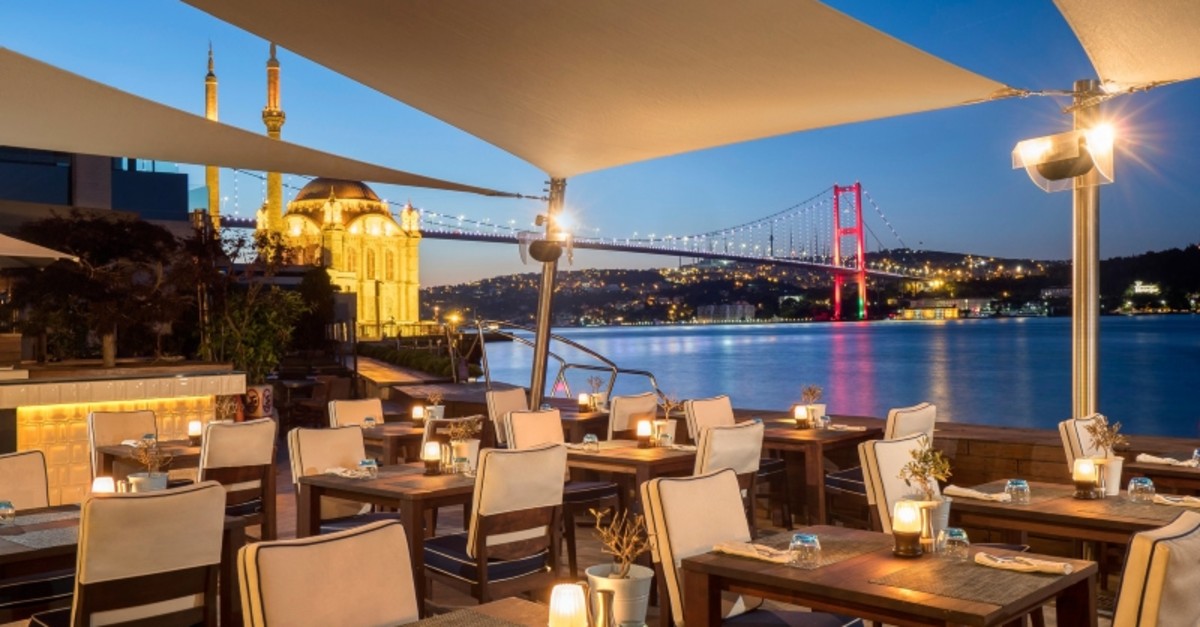 Istanbul's July 15 Martyrs Bridge is seen from the Et Cetera On the Bosphorus restaurant in the Radisson Blu Bosphorus Hotel in Ortaku00f6y district. (IHA Photo)
by Daily Sabah Sep 30, 2019 5:33 pm

Istanbul was among the top 10 European cities for highest hotel occupancy rates in August, according to Hotel Association of Turkey's (TÜROB) data.

Recovering from a several yearslong lag in tourism, Istanbul climbed its way to seventh on the list of 35 vacation destinations, surpassing Budapest, Barcelona and London.

Istanbul recorded an 87.7% occupancy rate in August, up 4.4% year-on-year, in part boosted by fans flooding to watch the UEFA Super Cup final between Liverpool and Chelsea in the city.

The average occupancy rate among European destinations was 77.7% in August. Edinburgh topped the list with 89.9%, followed by Dublin with 89.5% and St. Petersburg with 88.5%. Copenhagen, Amsterdam and Prague also made it into the top 10.

Hotel occupancy in Turkey's southern resort city of Antalya also increased by 4.4% year-on-year to 82.9% in August.

Overall, Turkey had a 79.5% hotel occupancy rate in August, up 4.9% compared to the same month last year, according to TÜROB's country performance report. Turkey ranked 15th among 27 European countries on the list.

Accommodation prices also rose in Turkey, but were still below the European average. The average daily rate (ADR) in Turkey rose 21.9% year-on-year in August, reaching 105 euros ($114), according to TÜROB's data.

The revenue per available room (RevPAR), calculated by multiplying the occupancy rate by the ADR, rose 27.9% to 83.4 euros.

The ADR among other European countries was 117.7 euros, while the RevPAR was 91.5 euros.