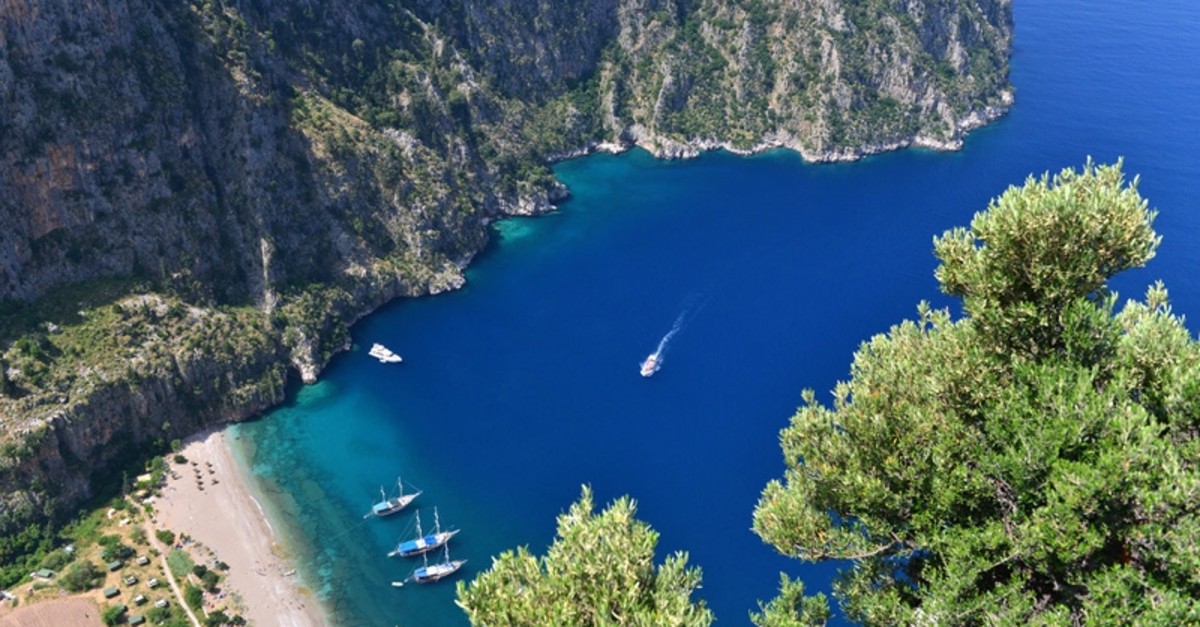 Over 4.8 million Russian tourists arrived in Turkey between January and August this year.
by Daily Sabah with AA Oct 02, 2019 1:03 am

"Russian citizens love Turkey. It is not possible not to love Turkey," Russia's Ambassador to Turkey Aleksei Erkhov told Anadolu Agency (AA) on the sidelines of the 5th Russian Cultural Days events organized in the Bodrum district of Muğla.

Evgenia Bilge, a Russian tourism investor, said: "The goal is to bring rich Russian citizens to Bodrum. We feel very secure in Turkey."

"I want to continue my life here. I love Turkey. My child grows up with both Turkish and Russian culture," said Bilge, who came to Turkey 12 years ago for a job and settled in Bodrum.

Elena Karakurt, a housewife who has been living in Bodrum for eight years, told AA: "Our relations with the Turks are very good. Turkey is now my first house."

On Aug. 27, in a joint news conference with Turkish President Recep Tayyip Erdoğan in Moscow, Russian President Vladimir Putin said Turkey is popular among Russian tourists and his country is grateful to Turkey for providing security and favorable conditions for them.

Erdoğan, for his part, noted that Turkey hosted 2.7 million Russian tourists in the first half of 2019.

According to data released by the Culture and Tourism Ministry on Monday, more than 4.8 million Russian tourists arrived in Turkey in the first eight months of this year.

As for August, they again led the way among nations, as some 1.08 million Russian tourists arrived in the country in August, followed by Germans at 713,527 and the British at 421,466.

Officials and sector representatives expect the overall figure to be around 6 million at the end of the year.

Overall, Turkey welcomed more than 31 million foreign visitors during the first eight months of this year, according to Culture and Tourism Ministry data. The number of foreigners visiting the country soared 14.7% year-on-year.