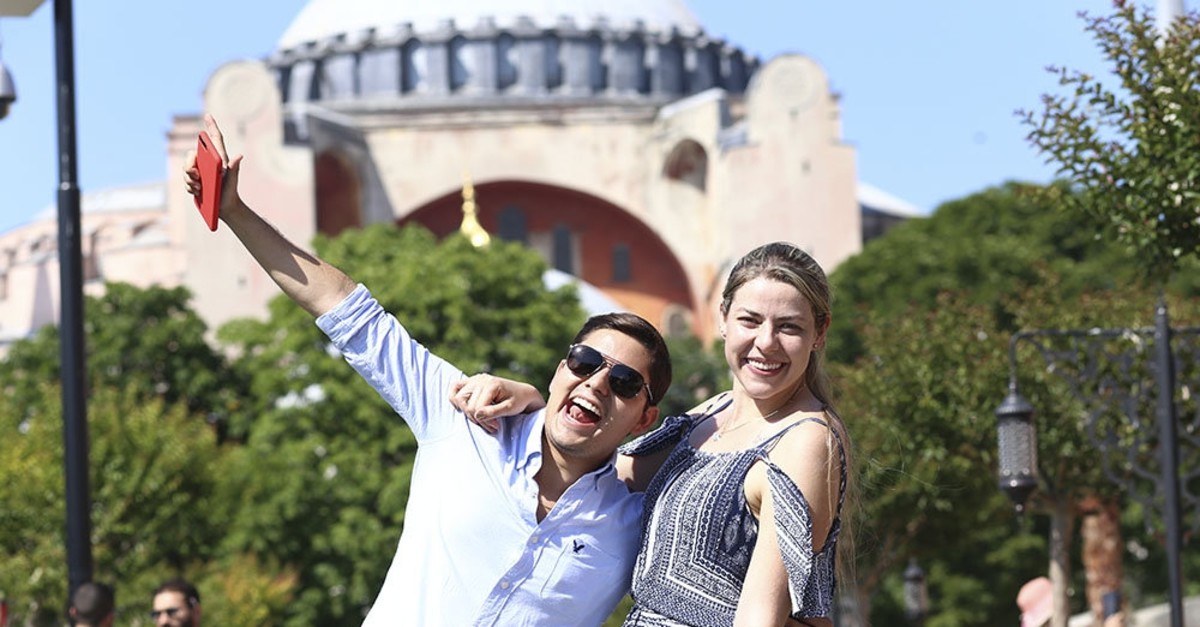 Turkey's biggest metropolis Istanbul, harboring ancient heritages and historical remnants of the Ottoman era, has welcomed 9.9 million foreign tourists from 200 countries in the period of January to August this year, according to data released by the provincial culture and tourism directorate yesterday.

The number of foreign visitors coming to Istanbul in the first eight months recorded an increase of 13% compared to the same period last year. Germany, Iran, Iraq, Russia and Saudi Arabia topped the list of countries from which Istanbul hosted the highest number of visitors.

The number of visitors coming from Arab countries such as Saudi Arabia, Kuwait, Jordan, Algeria, Lebanon and Palestine recorded a rise of 14% in the first eight months of the year. Last year, Istanbul welcomed 3.4 million visitors from Arab countries and the figure was recorded at 2.5 million in the first eight months of this year.

According to the report of the Culture and Tourism Ministry, Istanbul has 590 certified accommodation facilities with a bed capacity of 119,969.

Russians, as always, came first among foreign visitors to the Mediterranean province with 4.7 million, recording an increase of 13.94%. Russians were followed by Germans with slightly over 2 million visitors. Ukrainians came third with 726,602. The British ranked fourth on the list of foreign visitors to Antalya with 623,501 tourists.